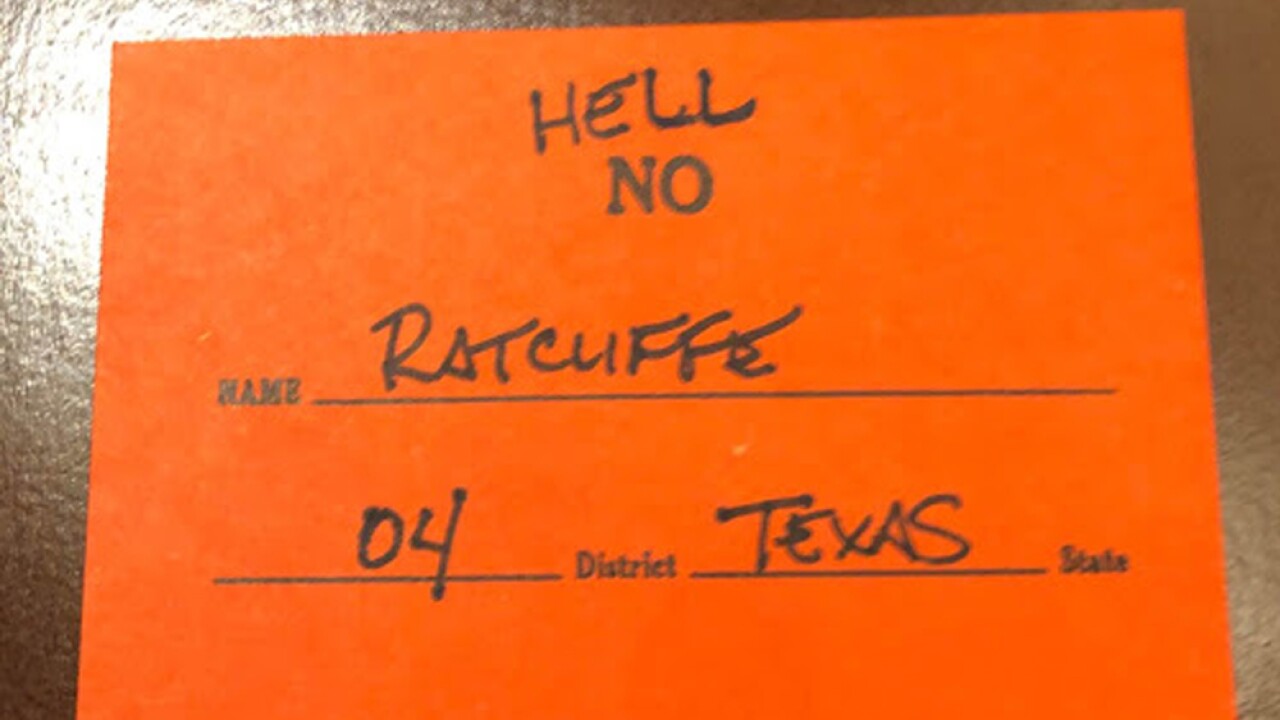 As the House of Representatives held a vote on articles of impeachment against President Donald Trump Wednesday, one Republican congressman though voting "no" wasn't quite forceful enough.

Rep. John Ratcliffe (R-Texas) tweeted a photo of his voting card Wednesday, which he edited to read "hell no."

None of Ratcliffe's GOP colleagues voted to impeach Trump on Wednesday. But because Democrats held a majority, the House voted to adopt two articles of impeachment on Wednesday.

If there was ever a time to vote hell no, this was it. pic.twitter.com/pzRPJSEZvq

Next, the impeachment trial will have to be tried in the Senate, where Democrats would likely need to flip around 20 Republicans to have Trump removed from office.

This story was originally published by WFTS in Tampa, Florida.