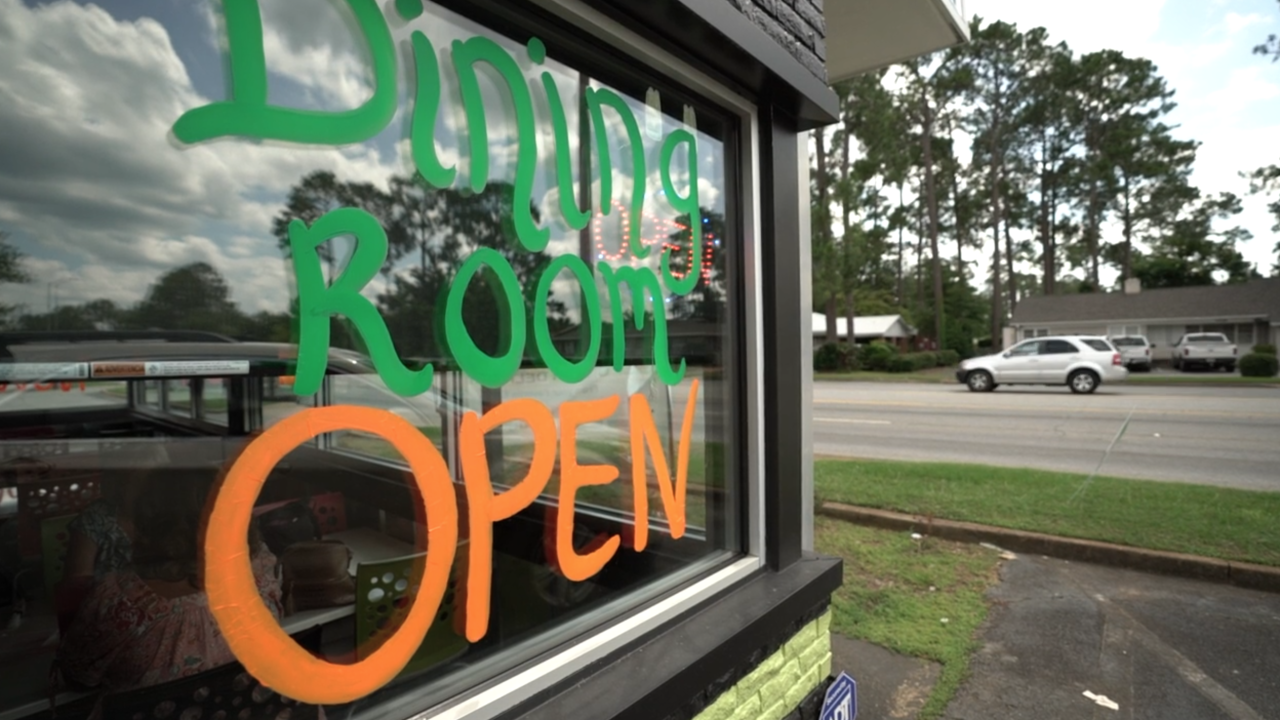 ALBANY, Ga. -- Located in the southwest part of Georgia, the city of Albany, which boasts a population of 75,000, is reclusive.

It is three hours from Atlanta and more than an hour and a half from Tallahassee, the city with the closest major airport. And perhaps that is why the city is so self-reliant and resilient.

“This is who our people are,” said Barbara Holmes, CEO of the Albany Chamber of Commerce.

In 2017, a string of tornadoes battered the city, killing five people and causing more than $1 billion in damage.

Only a year later, in October 2018, Hurricane Michael ripped through the area as a Category 3 storm.

Like so many cities across the country, the virus hit Albany’s workforce hard.

“The business impact was immediate, right? It was a swift arc,” said Holmes.

“Our business volume was way off. People were absolutely scared,” added Tim Underwood, who owns a local restuarant called The Rocket. “It was very scary because in my own home that meant my wife was home with the kids. She wasn’t working and she wasn’t able to work.”

What made Albany’s case of unemployment unique, however, is there were no guidelines. It was the first outbreak in the state, so local business officials had to improvise to stay open before guidelines were issued by the Gerogia Department of Public Health and Governor Brian Kemp.

And that’s where the beauty in Albany’s survival story lies.

Shortly after business owners noticed the rise in the coronavirus cases, and before the governor issued any orders, 12 businesses in the community came together to figure out a plan that involved voluntarily closing their dining rooms and moving to take-out only.

“Our concern was not only our business, but our community,” said Underwood. “We wanted them to know we were there for them. This was what we were going to have to do to survive quickly.”

Underwood quickly slashed his staffing, took a large pay cut and set a budgetary minimum of $12,000 per week in revenue. He says that was the number that would allow his restaurant to survive. Anything less and it would have to close.

Because of the effort, not a single one of Albany’s stores has closed for good. Yes, workers are fuloughed, but there is hope that at some point that work might come back.

"You know, it’s inspiring and it's encouraging, but what I will say to that is it’s not surprising because this is who Albany is,” said Holmes.