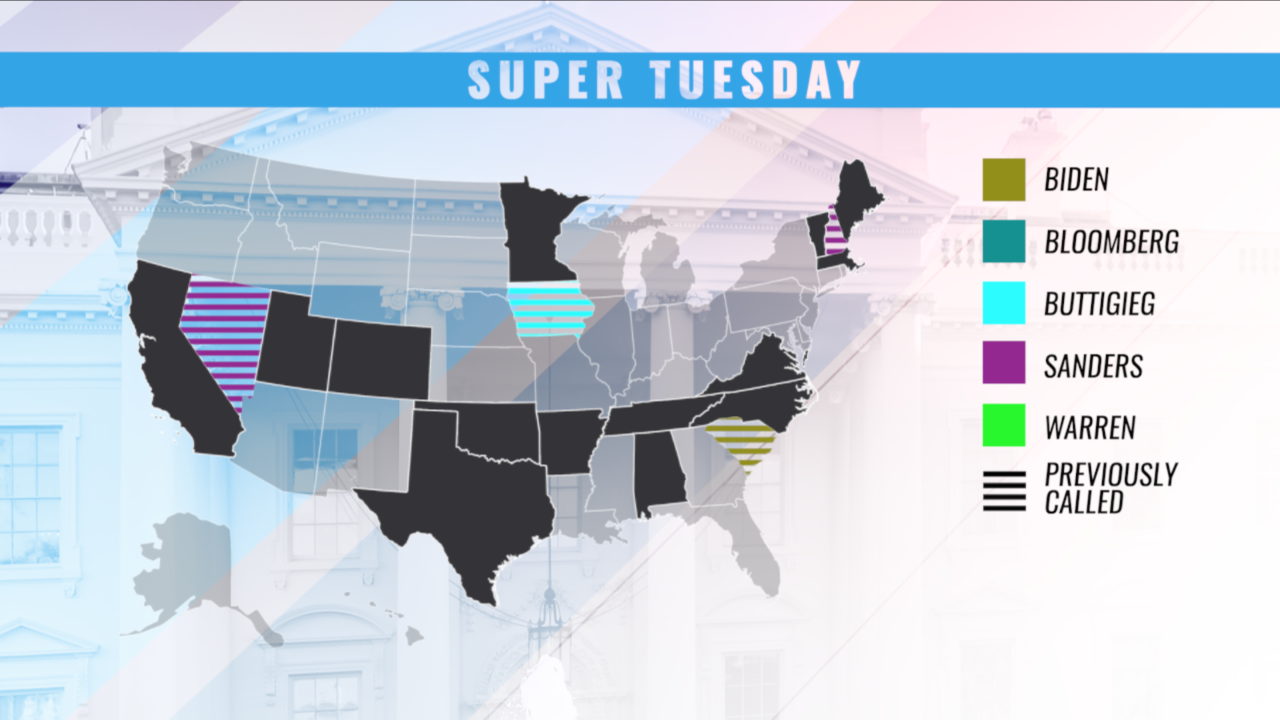 The leaders of several U.S. intelligence and law enforcement agencies issued a warning to voters and the public on Monday, one day ahead of Super Tuesday when 14 states and a territory pick among Democratic Party presidential hopefuls.

Nearly one-third of all pledged Democratic delegates are up for grabs on Tuesday.

The leaders of the FBI along with the Departments of Justice, State, Defense and other agencies joined in the statement.

The government agencies said that it is working to prevent election interference by foreign entities:

"Americans must also remain aware that foreign actors continue to try to influence public sentiment and shape voter perceptions. They spread false information and propaganda about political processes and candidates on social media in hopes to cause confusion and create doubt in our system. We remain alert and ready to respond to any efforts to disrupt the 2020 elections. We continue to make it clear to foreign actors that any effort to undermine our democratic processes will be met with sharp consequences.

"The level of coordination and communication between the federal government and state, local, and private sector partners is stronger than it’s ever been. Our departments and agencies are working together in an unprecedented level of commitment and effort to protect our elections and to counter malign foreign influence, but voters have a role to play too.

"We encourage all voters going to the polls to check your voter registration and know ahead of time when to vote, where to vote, what’s on your ballot, and whether your state requires identification. Your state or local election official’s office is the most trusted source for election material. A well-informed and vigilant republic is the best defense against disinformation."

Last year, the Senate released a report on election interference in the 2016 election. The report spelled out how foreign governments, namely Russia, meddle in U.S. elections.

"Masquerading as Americans, these operatives used targeted advertisements, intentionally falsified news articles, self-generated content, and social media platform tools to interact with and attempt to deceive tens of millions of social media users in the United States," the report read. "This campaign sought to polarize Americans on the basis of societal, ideological, and racial differences, provoked real world events, and was part of a foreign government's covert support of Russia's favored candidate in the U.S. presidential election."