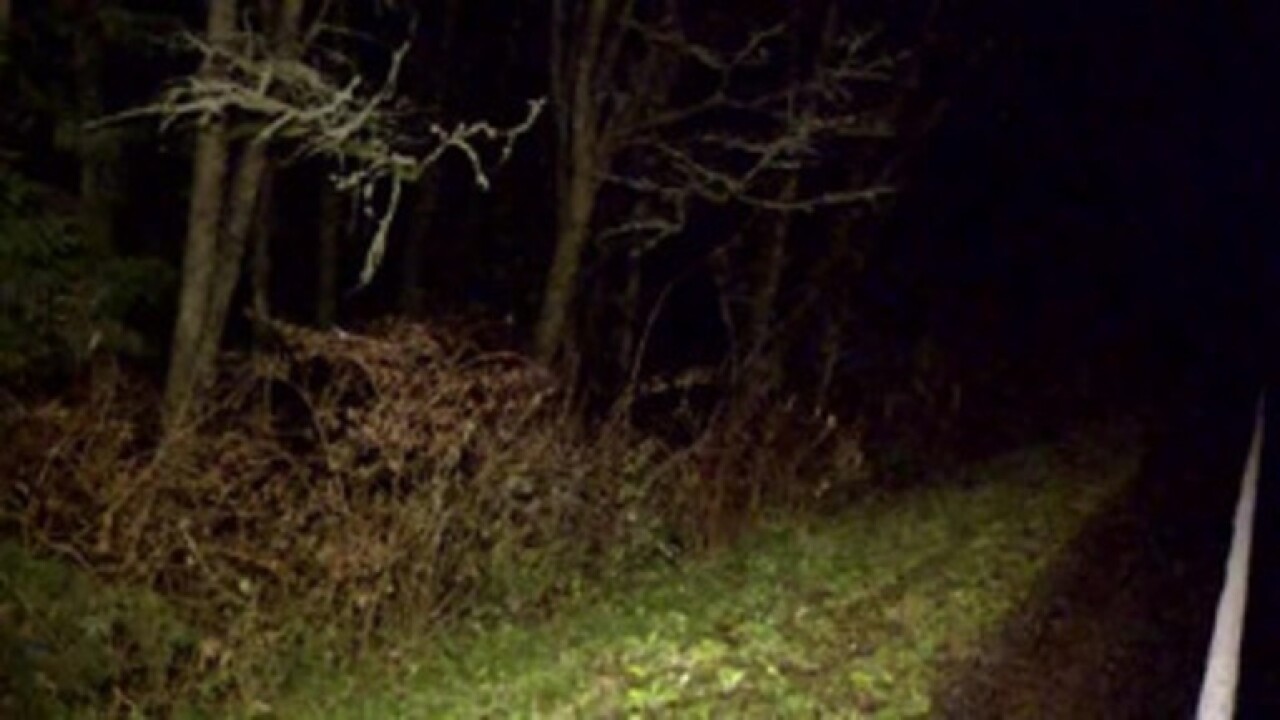 WHIDBEY ISLAND, Wash. – Two young girls are alive after they managed to unhook themselves from their booster seats and climb to safety to escape an accident on Whidbey Island, according to the Washington State Patrol.

The girls, both 4 years old, were riding with Corey Simmons, 47, when the vehicle crashed into some trees in a wooded area about 200 feet away from the road, said Trooper Heather Axtman, a spokeswoman for the Washington State Patrol.

The accident happened around 6 p.m. Friday just outside of Clinton, Washington, about an hour from Seattle.

According to Axtman, Simmons was not wearing a seat belt and was likely killed on impact. The girls, who were riding in the back of the car when the accident happened, were able to release themselves from their booster seats, crawl out of the car and find their way through a wooded area and up a small embankment to the side of the road, Axtman said.

A woman driving by noticed the girls standing on the side of the road and stopped to help them. Describing the area as very rural, Axtman said the chances that anyone would drive by and see these girls "was truly the right time at the right place" type of thing.

The Good Samaritan put the girls in her car to keep them warm and called 911.

Police and fire responded to the scene, where Simmons was pronounced dead. The 4-year-olds were transported to a local hospital with minor injuries where they were reunited with their family, Axtman said.

"The bravery that these two little girls showed was incredible," she said. Highlighting how they were so young, but were able to find their way from the crash in the cold and dark, Axtman called them "extremely heroic and brave."

Authorities are not releasing the names of the girls involved because they are minors.