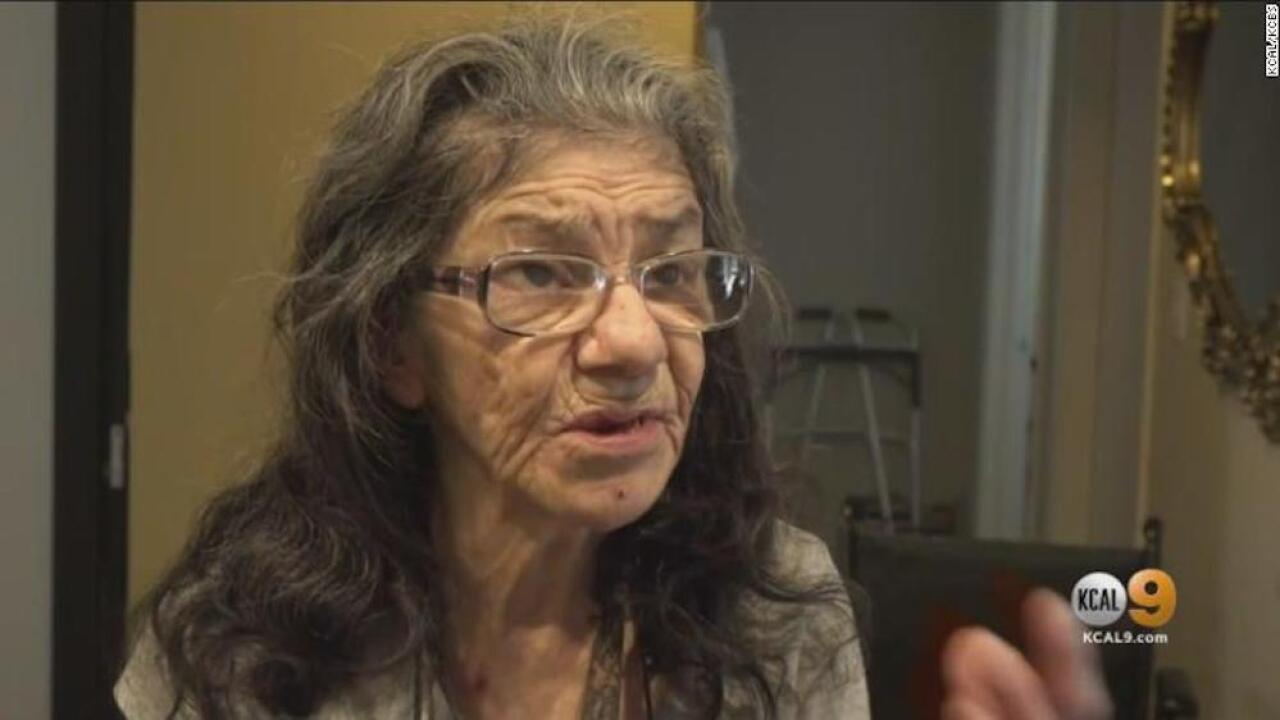 Lorenza Marrujo used her 26 years of martial arts experience to fight off an intruder.

Lorenza Marrujo is 67 years old and less than five feet tall — but she's no weakling.

An intruder recently confronted Marrujo at her seniors apartment complex in Fontana, California. Not only did she protect herself, but her neighbors, too.

"As he was coming towards me, I said, 'back off.' Right away," Marrujo said.

Marrujo has 26 years of martial arts training, so when she told the intruder to back off, he listened. Unfortunately, he made his way to the apartment of 81-year-old Elizabeth McCray — Marrujo's neighbor.

"He grabbed me and shook me, and I went down on the floor," McCray said.

"I squeezed myself between her and him. I put mama on the side, and I jumped on him, and I was punching him and everything," Marrujo said. "And I had the cane against his throat."

Marrujo said she didn't want to kill him, so she held him down with her hands.

"He lifted up and tried to twist my hand. At the same time, I twisted his and turned it around real fast," Marrujo said. "And he was saying, 'you're hurting me, you're hurting me.' And I said, 'I don't care. I don't care what happens to you. You had no right to hurt an elderly person.'"

McCray was stunned by her neighbor's bravery.

"I didn't expect that little lady would be that brave," she said. "I was trembling. I grabbed her by the leg. I said, 'could you be careful; you're gonna kill us.' She said, 'not tonight.'"

Police later arrived on the scene and took the intruder into custody. Despite Marrujo's bravery, police say it's not a good idea to attack an intruder.

"We don't recommend you just jumping in," said Jennie Venzor, a spokesperson for the Fontana Police Department. "We recommend that you dial 911 for emergency assistance, which, in this case, she did that, and she also jumped in. What she told me is that her training kicked in, and it was like a muscle memory. She knew she had to help her friend out."

McCray was taken to the hospital for treatment and released the next day.