Baby Yoda is bringing the Force to firefighters 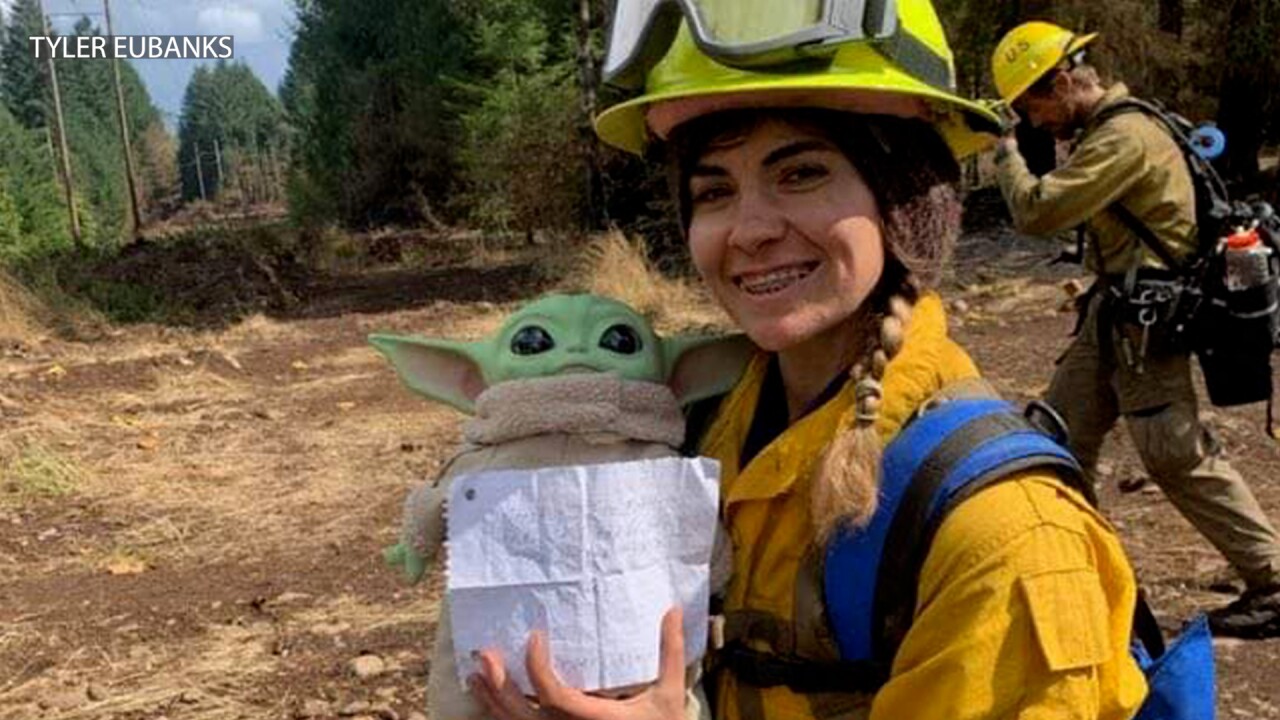 Tyler Eubanks
A firefighter poses with a doll of Baby Yoda.

Force is with you, it is.

A thoughtful 5-year-old boy included a Baby Yoda doll along with groceries and other items for firefighters battling wildfires in his home state of Oregon. Now, Baby Yoda is sharing the force with firefighters around the western U.S. and bringing smiles to thousands of fans.

Carver told his grandmother he wanted to do something to help those on the front lines of the deadly wildfires. She heard of a donation drive helping firefighters and took Carver shopping to buy items to donate, according to CNN.

Carver focused in on a Baby Yoda doll, so he sent it off in the care package with a note telling the firefighters, “here is a friend for you, in case you get lonely,” according to posts in a Facebook group dedicated to the doll’s adventures.

Baby Yoda is a character from the Star Wars series “The Mandalorian” airing on Disney+.

Tyler Eubanks told Carver and his grandmother the firefighters appreciated the doll.

"These firefighters are putting their lives on the line," Carver's grandmother told CNN. "To have a little bit of sunshine during such a dark time, I think that's really special for them. He (Baby Yoda) is also just cute as the dickens."

Baby Yoda’s travels are documented in a Facebook group so that Carver and others can see how much the baby alien is helping them in their ongoing firefight.

He has visited firefighters in Pacific Northwest and even made it up to Canada.

He is currently in Colorado, bringing smiles to firefighters battling the Cameron Peak fire.