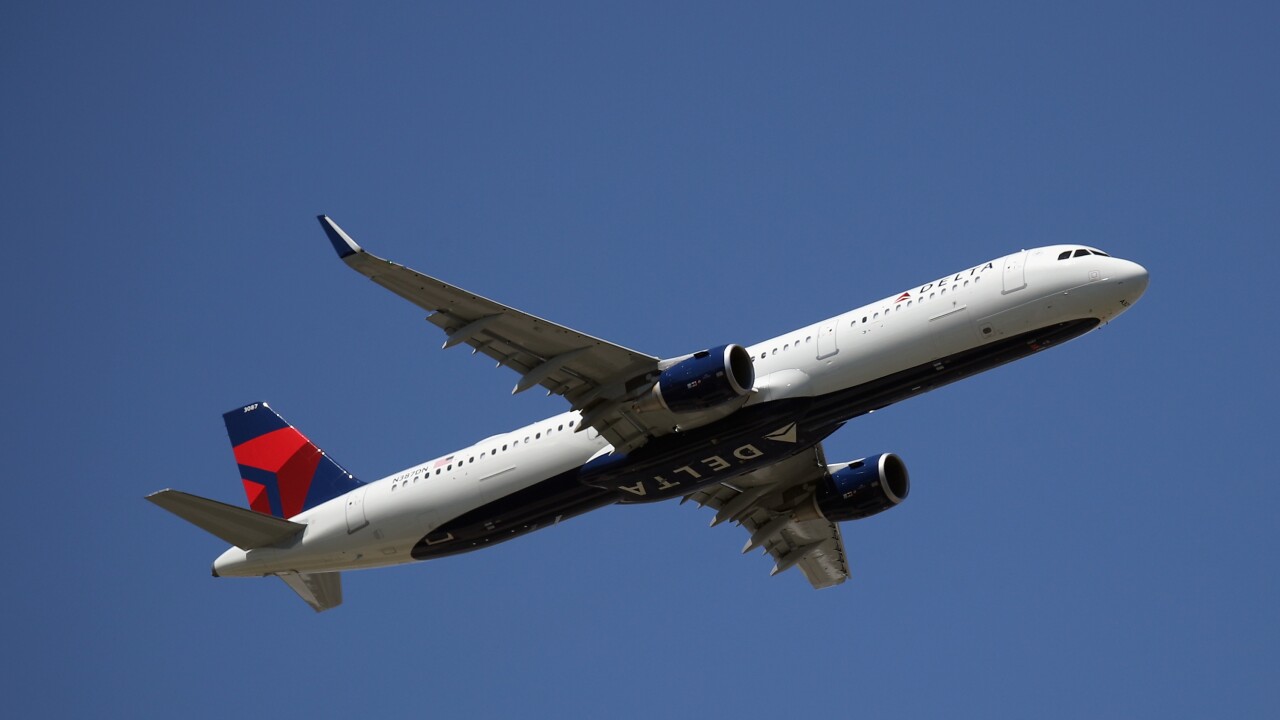 ATLANTA, Ga. – Following a profitable year, Delta Air Lines announced last week that it plans to reward its employees in a big way.

In a press release issued on Jan. 14, the company said it will pay out a record $1.6 billion in profit sharing to its 90,000 employees.

CNN reports that each worker will receive a check next month for 16.6% of their annual salary, equivalent of an additional two months of pay.

“2019 was a truly outstanding year on all fronts – the best in Delta's history operationally, financially and for our customers. Our people, and their commitment to bringing best-in-class travel experiences to our 200 million customers, are the foundation for our success. I'm pleased to recognize their outstanding performance with a record $1.6 billion in profit sharing for 2019," said Ed Bastian, Delta's chief executive officer. "As we enter 2020, demand for travel is healthy and our brand preference is growing, positioning Delta to deliver another year of strong results, including earnings per share of $6.75 to $7.75."

A Delta spokesperson told CNN that this is the sixth year in a row that the company has paid out more than $1 billion to its workers.

Officials say full-time and part-time employees will receive checks, whether or not they’re unionized. The company’s top employees, like its officers, directors and general managers, will be the only people excluded, but they’ll receive annual performance-based bonuses, CNN reports.