Inspector general: Start of Russia probe was justified, unbiased but investigation had errors 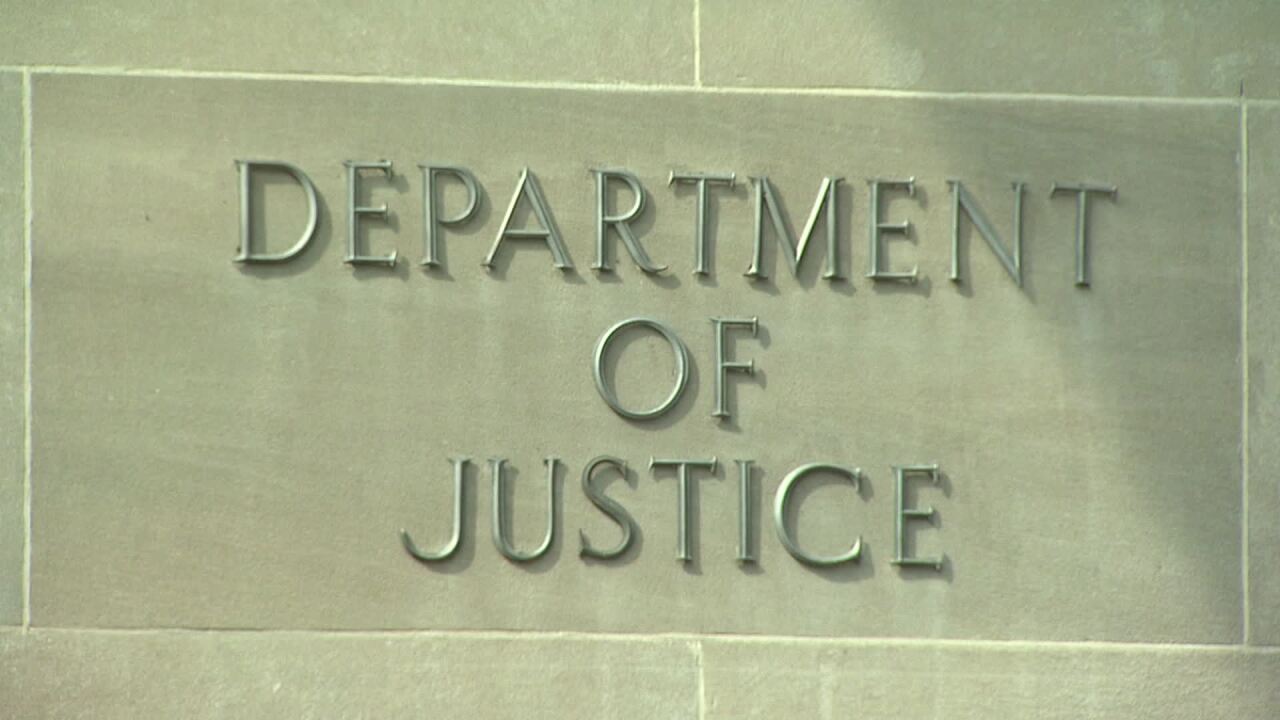 WASHINGTON, D.C. – The Justice Department's inspector general found that the FBI properly opened its investigation into Russian election interference but said there were major errors in how the agency conducted the probe.

While rebutting President Donald Trump's claims that the FBI illegally spied on his campaign, Horowitz's 435-page report criticized the FBI leaders and employees for how they handled four applications for surveillance under the Foreign Intelligence Surveillance Act targeting Page.

Horowitz opened the probe early last year, and his office has reviewed more than 1 million records and conducted more than 100 interviews as part of its review, including a number of current and former law enforcement officials at the center of "deep state" conspiracies.

But Attorney General William Barr disputed Horowitz's finding that the FBI properly opened a full investigation, called Crossfire Hurricane, based on the evidence it had in July 2016.

"The inspector general's report now makes clear that the FBI launched an intrusive investigation of a US presidential campaign on the thinnest of suspicions, that, in my view, were insufficient to justify the steps taken," Barr said in a statement Monday. "It is also clear that, from its inception the evidence produced by the investigation was consistently exculpatory."

Veteran prosecutor John Durham , who is conducting a larger investigation of the Russia probe, also disputed the IG's findings.

Horowitz said his report only examined the opening of the investigation and the Page surveillance along with the use of confidential human sources.

Horowitz found that the FBI followed existing rules, but Horowitz recommended that changes be made, including that the FBI consult top Justice officials before more intrusive investigative steps are taken in investigations dealing with major political campaigns.

The report is certain to be weaponized by Republicans who have been battling back weeks of bad headlines about the President's pressure campaign against the Ukrainians and an ongoing impeachment inquiry.

"The IG report just came out and I was just briefed on it and it's a disgrace what's happened with respect to the things that were done to our country," Trump said during a roundtable on school choice at the White House. "It is incredible, far worse than I would've ever thought possible."

Horowitz's investigation centered on a series of warrants that the FBI filed with the Foreign Intelligence Surveillance Court as they sought to investigate Page, a one-time foreign policy adviser to the Trump campaign.

The warrants were signed by top Justice Department officials, including former FBI Director James Comey, and stated that the FBI believed that Page "has been collaborating and conspiring with the Russian government," according to redacted copies released last year.

To bolster their request to the surveillance court, the FBI relied at times on claims about the Trump campaign collected in a dossier of unverified intelligence reports by former British spy Christopher Steele.

The FBI wrote in the applications that Steele had a history of providing reliable information to the FBI and that they believed that the reporting of his that they cited was "credible." But FBI investigators noted in later iterations of the warrant that they had severed their relationship with Steele because he shared some of his findings with news organizations.

Republicans on the House Intelligence Committee who released findings on a study of the FISA warrants have accused the FBI of improperly withholding information from the surveillance court about Steele's political beliefs, as well as the fact that his work was backed financially at one point by the Democratic National Committee and the presidential campaign of Hillary Clinton.

Horowitz's office interviewed Steele as part of its investigation.

Horowitz, who took office in 2012 after an appointment from President Barack Obama, has built a reputation as a thorough investigator who has the ability to rankle Democrats and Republicans alike.

His office's blockbuster report into the FBI's handling of the investigations of Hillary Clinton, released in 2018, excoriated Comey for "extraordinary and insubordinate" moves that, along with the revelation of Strzok and Pages text messages, did lasting damage to the FBI's reputation, although ultimately concluded that their actions were not motivated by political bias.

Horowitz also released a report in August finding that Comey violated FBI policies when he retained and leaked a set of memos he took documenting meetings with Trump in 2017.

The inspector general is scheduled to appear before the Senate Judiciary Committee on Wednesday.

The report accused a former FBI lawyer of altering a document related to the Page surveillance That lawyer is under criminal investigation.

While it's unclear how significant a role the altered document played in the FBI's investigation of Page, Horowitz did not determine that it undermined the overall validity of the surveillance, sources said.

The report concluded that officials at the FBI had enough information to properly launch the investigation in 2016, and dispel the claim that US intelligence agencies tried to plant spies in the Trump campaign.

Trump has boosted that narrative without evidence for months and popularized the term "Spy-gate." The conspiracy is a frequent topic in the conservative media and often revolves around Joseph Mifsud, a secretive Maltese professor who played a role in the origins of the FBI's counterintelligence investigation.

Mifsud had interactions with George Papadopoulos, a Trump campaign adviser who pleaded guilty in 2017 to making false statements to the FBI.

FBI Director Christopher Wray touted the inspector general's claim that the Russia investigation was opened properly in an interview with ABC News on Monday.

"I think it's important that the Inspector General found that in this particular instance the investigation was opened with appropriate predication and authorization," Wray said, a reaction that puts him at odds with Barr, his boss.

Horowitz's report also explores the specific roles of a number of controversial FBI officials involved in the early days of the Russia probe, including Peter Strzok, a former senior counterintelligence officer, Lisa Page, an attorney, Andrew McCabe, the former deputy director, and Comey, the former director, who have since left the law enforcement agency under a pall.

Strzok, who had an extramarital affair with Page and exchanged anti-Trump messages with her on an FBI phone, was fired, as was McCabe, who had been accused of lying about contacts with a reporter in a separate investigation by Horowitz's office. Both men have sued the agency in relation to their departures.

Horowitz specifically said Strzok and Page did not affect the start of the investigation or didn't act out of political bias.

"While Lisa Page attended some of the discussions regarding the opening of the investigations, she did not play a role in the decision to open Crossfire Hurricane or the four individual cases," Horowitz wrote.

"We further found that while Strzok was directly involved in the decisions to open Crossfire Hurricane and the four individual cases, he was not the sole, or even the highest-level, decision maker as to any of those matters," the IG added.

The decision to open the investigation was made by Bill Priestap, who was Strzok's supervisor, after he spoke with the FBI director, general counsel and other top agency leaders.

"We concluded that Priestap's exercise of discretion in opening the investigation was in compliance with Department and FBI policies, and we did not find documentary or testimonial evidence that political bias or improper motivation influenced his decision," the report states.

Lisa Page tweeted in response : "The sum total of findings by IG Horowitz that my personal opinions had any bearing on the course of either the Clinton or Russia investigations? Zero and Zero. Cool, cool."

Horowitz also revealed new interactions between FBI investigators and the Trump campaign that are certain to inflame Republicans who have claimed Trump's team was spied on.

In August 2016, just months before the presidential election, an FBI supervisor who oversaw the burgeoning counterintelligence investigation attended a briefing that intelligence officials were giving to the Trump campaign, in part so that the FBI supervisor could observe Michael Flynn, a former general who had taken on a leading national security role in the campaign.

The agent later wrote a memo recording his observations at the meeting of Flynn, who at the time had fallen under scrutiny of FBI investigators.

Horowitz found that the interaction didn't violate Justice Department regulations, but said that it had the potential to undermine the trust in future such campaign briefings.

Overall, Horowitz determined that the President's campaign was not improperly "spied" on, but the report does document multiple interactions between members of the Trump campaign and FBI sources.

The report will not be the final word on the Russia investigation's legitimacy, and Trump has already foreshadowed a separate investigation being conducted out of the Justice Department by Durham .

That probe was launched earlier this year by Attorney General William Barr, a longtime skeptic of the Russia probe. People familiar with Barr's thinking have told CNN that despite the conclusions in the Horowitz report, Barr still has questions about some of the intelligence and other information the FBI used to pursue the Russia investigation, and he has been telling allies to wait for Durham, who he thinks will provide a more complete accounting.

In a statement, Durham said he has the "utmost respect" for the inspector general, but noted his investigation will be more comprehensive.

"Our investigation has included developing information from other persons and entities, both in the US and outside of the US," Durham said.