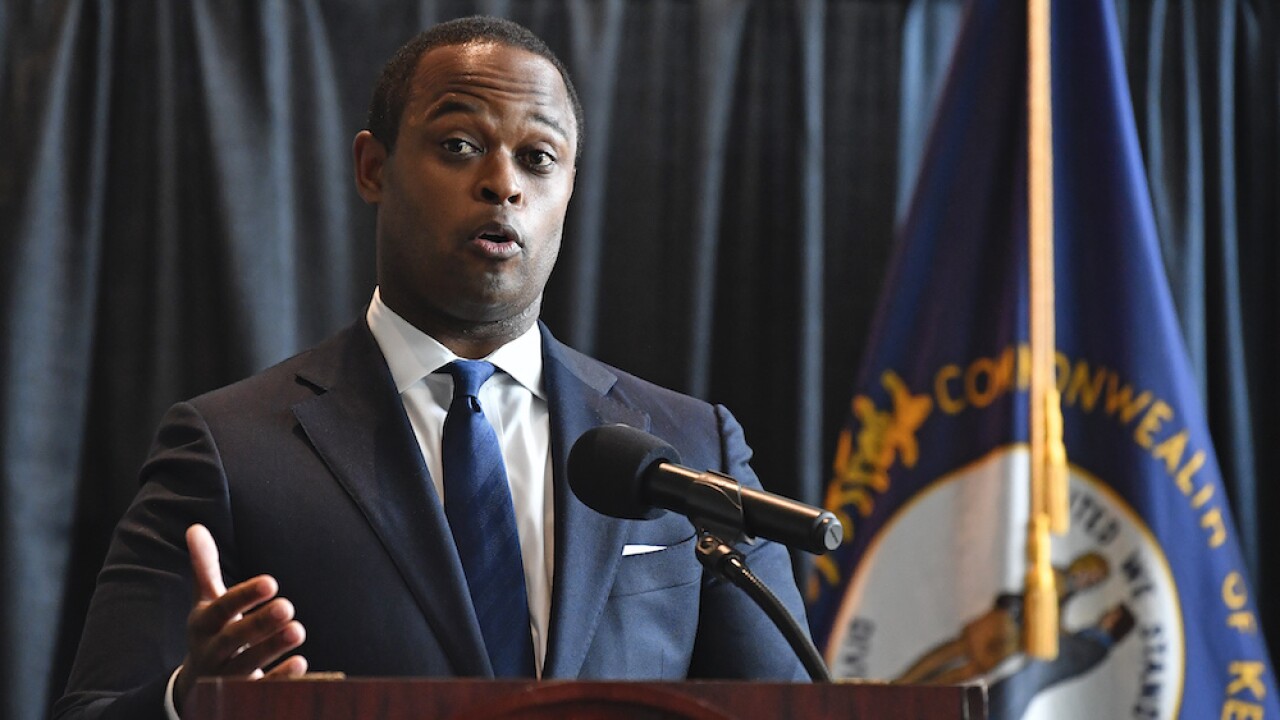 FRANKFORT, Ky. — Kentucky Attorney General Daniel Cameron on Thursday joined a coalition of 22 state attorneys general in sending a letter to the United States Senate, urging the body to immediately hold a hearing and vote to confirm Judge Amy Coney Barrett to the Supreme Court.

In the letter, Cameron wrote that Barrett's "unwavering commitment to a judicial philosophy that prioritizes restraint, humility, and respect for the rule of law" should lead to a quick approval from the Senate.

Cameron released the following statement in support of Barrett.

"I'm proud to join this coalition of attorneys general in support of Judge Barrett, and I'm confident that Senate Majority Leader McConnell will make sure she is confirmed. As former legal counsel to Senator McConnell, I was fortunate to be involved in the confirmation process for Justice Neil Gorsuch, and I know the qualifications and legal background required to be confirmed to our nation's highest court. Judge Barrett has these qualifications, and her experience, judicial philosophy, and commitment to the rule of law make her ideally suited to serve as an Associate Justice."

McConnell has also come out in support of President Donald Trump's decision to nominate Barrett, who currently serves on the 7th U.S. Circuit Court of Appeals and spent several years as a professor at Notre Dame Law School, where she also earned her own law degree.

Cameron has gained national attention in recent weeks as the lead investigator into the police shooting that led to the death of Breonna Taylor. Last week, a grand jury announced that no charges would be filed against the officers who shot Taylor during a narcotics raid on her apartment on March 13.

Cameron has said the officers' use of force against Taylor was justified, as officers were fired upon first by Taylor's boyfriend.

A member of the grand jury has filed a motion to make proceedings form the case public. Cameron's has until Friday to redact names and release the proceedings to the public.

This story was originally published by WLEX in Lexington, Kentucky.