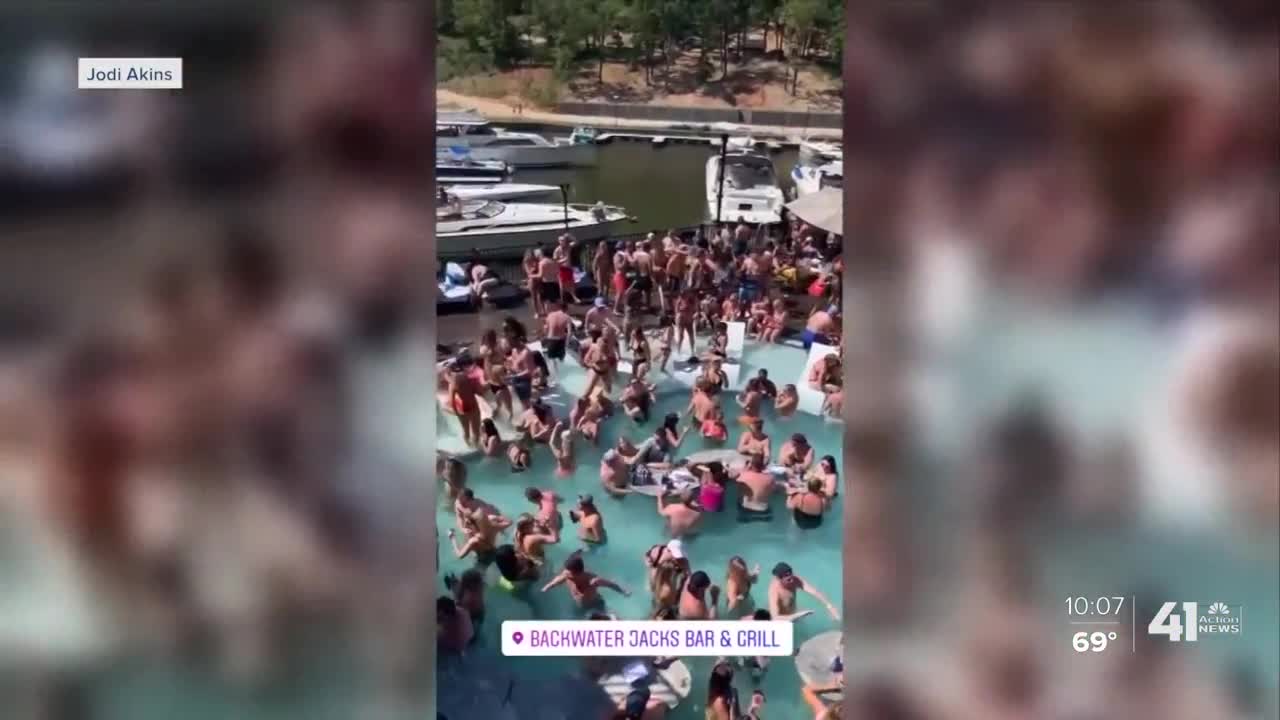 Cellphone video of a pool party at the Lake of the Ozarks during Memorial Day weekend has now been seen by millions on social media. 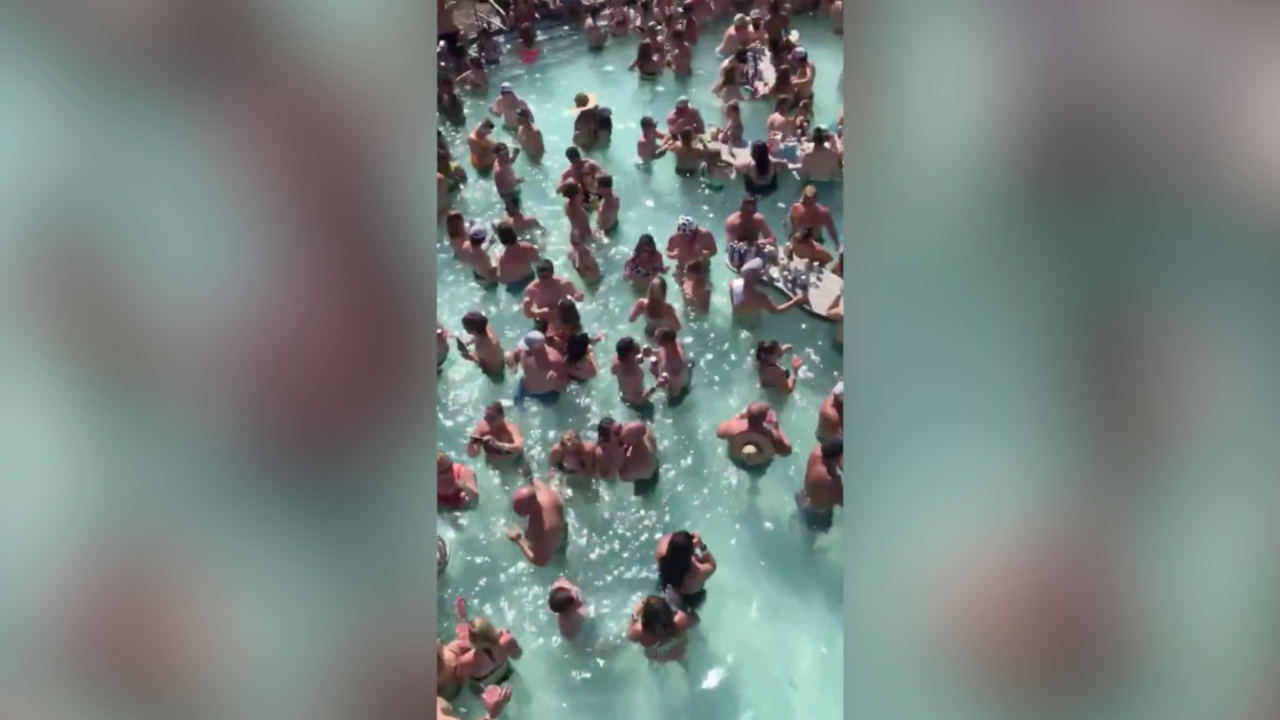 Cellphone video of a pool party at the Lake of the Ozarks during Memorial Day weekend has now been seen by millions on social media.

The video, shot by Phoenix news anchor Scott Pasmore, was of a gathering at Backwater Jack's in Osage Beach, Missouri, on Saturday.

No covid concerns at the lake of the ozarks😳 #loto pic.twitter.com/Yrb4UNM64u

On its Facebook page, the bar calls it the "Zero Ducks Given Pool Party."

"They checked everyone’s temperature around us,” Akins told KSHB. “I saw them. Every single person that walked through in front of me, they checked our temperature. And right when we got in the door, there were, to the right of us, there was a big tub of [a] bunch of hand sanitizers.”

But it's the lack of social distancing in the video that's drawing criticism.

"If you’re worried about getting sick, obviously, or you want to distance yourself, it’s pretty much to each their own,” Akins said. “You just kind of have to do what you feel is right.”

The bar owner, Gary Prewitt, told KSHB on Sunday that he couldn't speak because he was “super busy” with people. But Prewitt spoke to KSHB last week.

Prewitt also said that with a crowd that large practicing social distancing would be a challenge.

"So keeping people apart six feet, we don't know who's in groups, who's in families, we expect them to do that on their own,” Prewitt said. “We won't let large groups gather over 10, at least try not to, and speak to them to spread out a little bit more.”

With the weekend marking the unofficial start to summer, Prewitt said he appreciates Gov. Mike Parson opening the state in time for the holiday.

"I have a three to four-month season [that] pays our bills for 12 months,” Prewitt said. “So, if we would miss a month, I look at it [as I] would be missing three months of revenue.”

"Are we going to make everyone happy because we’re open? Probably not. Do I feel bad that our businesses have opened up and given our employees the opportunity to work and feed their families? Absolutely not," Olivarri told KSDK-TV in St. Louis.

With more than 12,200 positive coronavirus cases in Missouri and with the amount trending upward, public health experts discourage parties like the one that took place Saturday.

This story was originally published by Andres Gutierrez at KSHB.