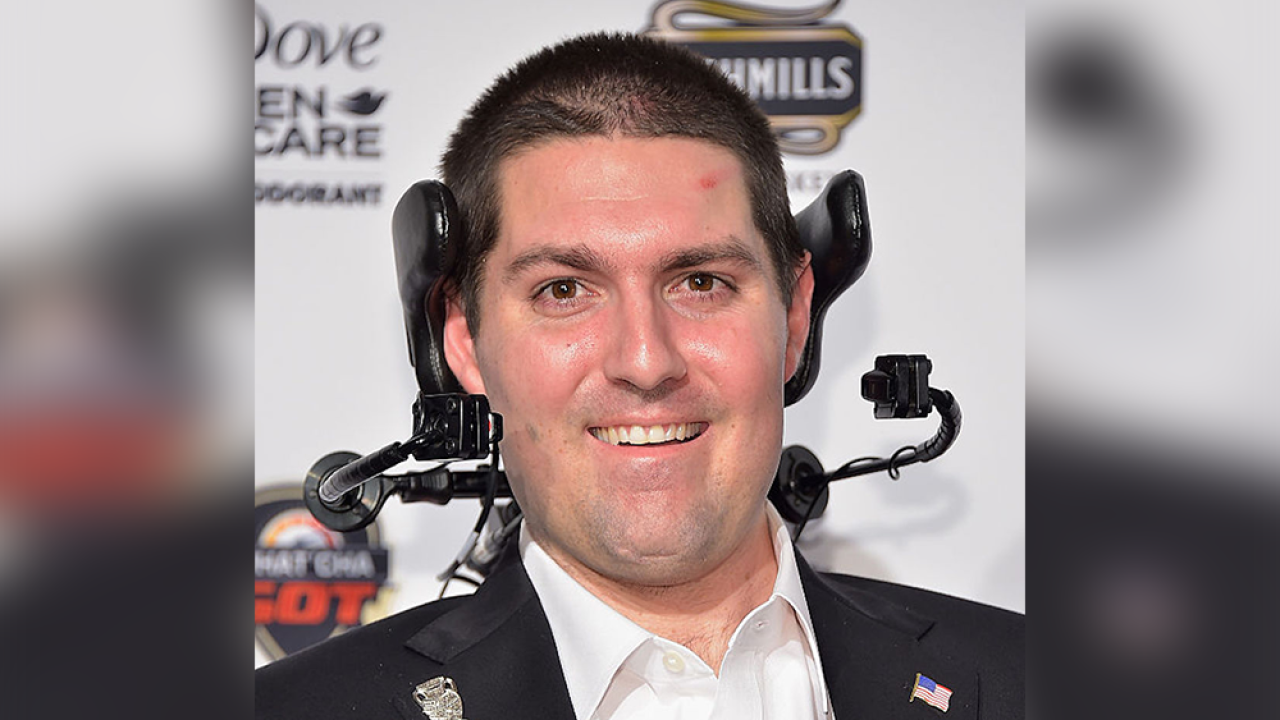 Pete Frates, one of the people who inspired thousands to give to charity through the spread of the Ice Bucket Challenge, has died, his family said Monday through Boston College. He was 34.

Frates was a former baseball player at Boston College. He was diagnosed with ALS in 2012 at age 27 and immediately set out to fight the disease the would ultimately take his life.

The Ice Bucket Challenge is a viral social media phenomenon where participants challenged friends to film themselves dumping cold water on their head or donate to ALS research. The challenge went viral in the summer of 2014, generating millions of dollars to fight ALS.

In early 2014, the "Ice Bucket Challenge" wasn't tied to a specific charity or cause. But after Frates was invited to participate by a friend, he tied the challenge to fighting ALS.

Today Heaven received our angel: Peter Frates. A husband to Julie, a father to Lucy, a son to John and Nancy, a brother to Andrew and Jennifer, Pete passed away surrounded by his loving family, peacefully at age 34, after a heroic battle with ALS.

Pete was an inspiration to so many people around the world who drew strength from his courage and resiliency.

A natural born leader and the ultimate teammate, Pete was a role model for all, especially young athletes, who looked up to him for his bravery and unwavering positive spirit in the face of adversity. He was a noble fighter who inspired us all to use our talents and strengths in the service of others.

Remarkably, Pete never complained about his illness. Instead, he saw it as an opportunity to give hope to other patients and their families. In his lifetime, he was determined to change the trajectory of a disease that had no treatment or cure. As a result, through his determination—along with his faithful supporters, Team Frate Train—he championed the ALS Ice Bucket Challenge. In August of 2014, the historic movement pioneered social media fundraising and garnered donations globally that resulted in better access to ALS care, genetic discoveries, treatments and, someday, a cure. He was a beacon of hope for all.

On behalf of Julie, Lucy, John, Nancy, Jennifer and Andrew, along with his extended family and multitude of friends, we ask that you celebrate Pete and the hope that he has given to so many by following his daily affirmation: Be passionate, be genuine, be hardworking and don’t ever be afraid to be great.

As we prepare to lay Pete to rest, we ask that you respect our privacy while we mourn his loss. For those who would like to extend an expression of sympathy, please consider making a donation to the Peter Frates Family Foundation, 21 Landers Drive, Beverly, MA 01915 or online at petefrates.com/donate . Pete’s foundation’s mission is to aid progressed ALS patients in their desire to stay at home with those who love them most.

Pete’s funeral Mass will be held at St. Ignatius of Loyola Parish, located at 28 Commonwealth Ave. in Chestnut Hill, Mass., alongside the campus of his beloved alma mater, Boston College. The date and time of the service will be announced as soon as it is finalized. A celebration of his life will be held on the North Shore of Boston at a later date.

The Frates family wishes to express its sincere gratitude for the abundant love, kindness, and support we have been the recipients of during the past eight years.