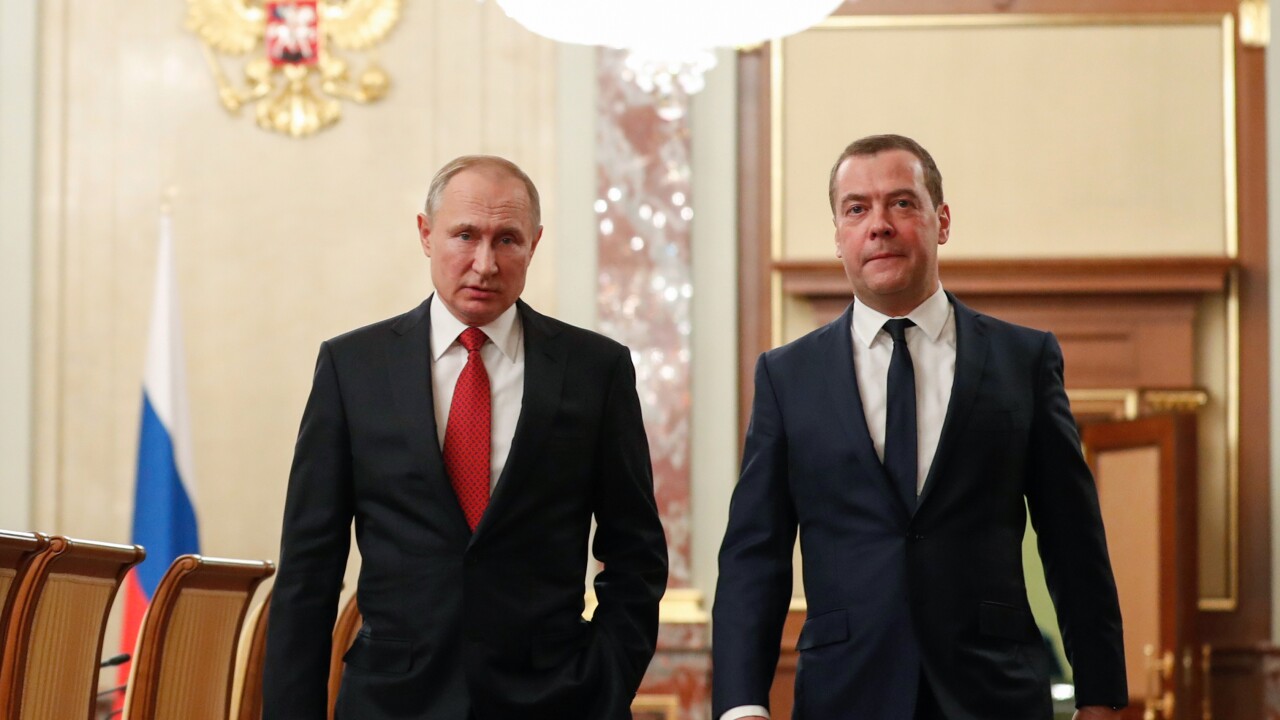 Russian News Agency TASS reports that Medvedev thinks it’s right that he and the current government should step down to give President Vladimir Putin room to carry out changes he wants to make to the country’s constitution.

"After those amendments are adopted — and it was said that this is likely to be done following discussion — there will be significant changes not only to a variety of constitution articles, but to the balance of power, namely to the executive, legislative and judicial branches of power," Medvedev said, according to the state news agency.

Medvedev said he and his government should provide Putin with an opportunity “to take all the necessary decisions in these conditions,” TASS reports.

CNBC reports that the news comes after Putin’s annual address to lawmakers, when the president proposed a national vote on constitutional changes that would push power away from the presidency and toward the prime minister and the parliament.

"For my part, I also want to thank you for everything that was done at this stage of our joint work, I want to express satisfaction with the results that have been achieved," Putin reportedly told a meeting with the cabinet of ministers. "Not everything was done, but everything never works out in full."

It’s not clear whether the resignations are part of a rift among the country’s leader or part of a coordinated plan. The unexpected move has fueled speculation that Putin is maneuvering to stay in power when his term ends in 2024, according to The New York Times.