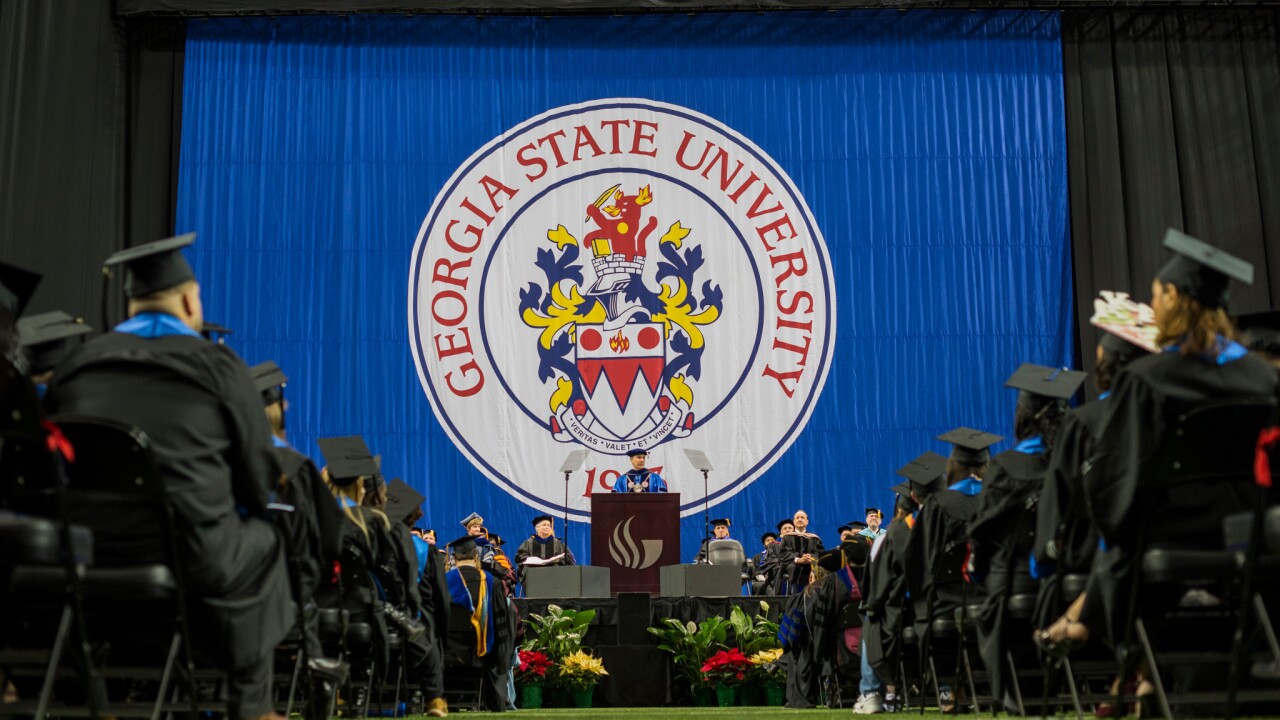 A Georgia Uber driver recently graduated from Georgia State thanks to a man who helped her pay an outstanding debt that prevented her in finishing her degree program.

According to ABC News , Latonya Young recently graduated from the Atlanta university after starting her college journey many years ago. At age 43, Young now has an associate's degree in criminal justice.

Her return to college was made possible thanks to an Uber passenger. According to ABC News, Young had picked up Kevin Esch for a 20-minute ride. Young told Esch about her desire to go back to college, but that a $700 outstanding debt prevented her from enrolling.

Shortly after the ride, Esch decided to help the mother of three out. Nearly 18 months later, Esch was there to see Young graduate.

"I have thanked him so much but I feel like I haven’t thanked him enough," Young told "Good Morning America." "It was not just the money but his willingness and his sacrifice for me to do better in life."

"It was something I could do that I thought was worth it and would really help her," Esch told "GMA."

Young was able to use loans and financial aid to assist with tuition. She now hopes to continue her education and earn a bachelor's degree.