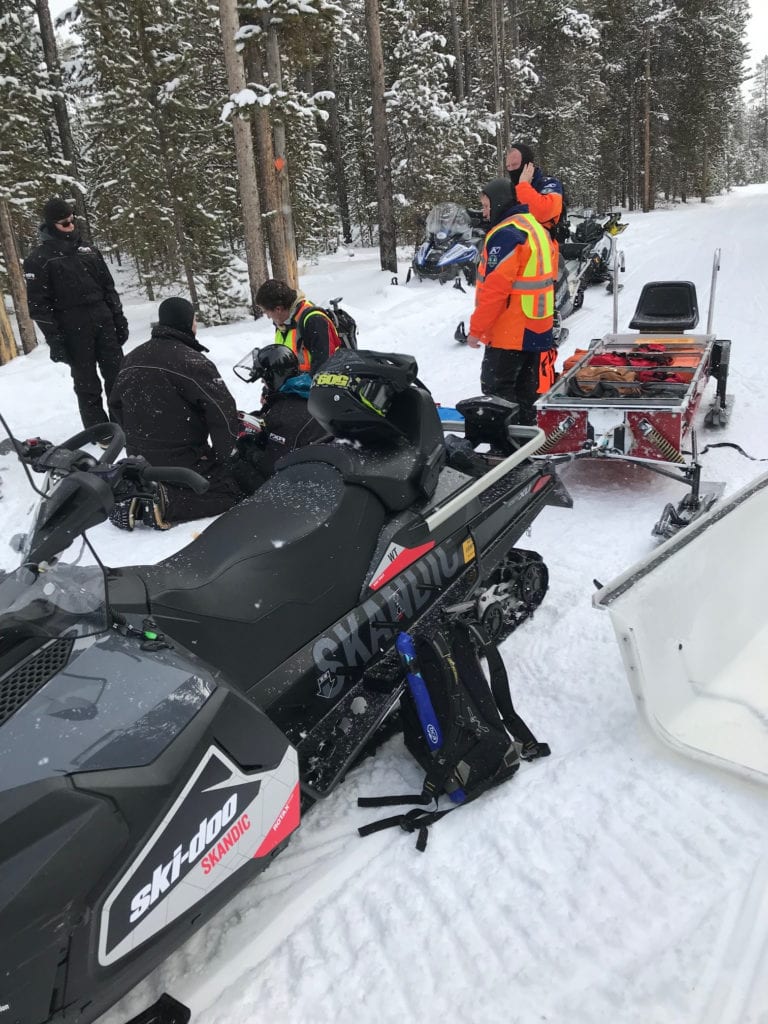 WEST YELLOWSTONE, Mont. – A 46-year-old Oregon woman was rescued Thursday after being injured in a snowmobile crash northwest of West Yellowstone.

At 11:04 a.m. a 911 call reported that a woman had sustained a head injury when she crashed her snowmobile into the back of another snowmobile on the Horse Butte Trail 8 miles from West Yellowstone.

Rescuers met the woman at the scene of the crash approximately 40 minutes after the initial call for help.  She was traveling on a groomed snowmobile trail when she crashed into the back of the snowmobile in front of her that was attempting to make a left turn.

After an initial assessment of her injuries, rescue personnel placed the woman inside a specialized rescue sled for transport to an awaiting ambulance.  The patient was transported to Big Sky Medical Center for further evaluation and treatment.

Photo courtesy of the Forest Service.