In the bucolic Lamar Valley, called the American Serengeti by National Geographic because of the large numbers of animals that gather there, a river has held an environmental secret for more than a century.

One of its main tributaries, Soda Butte Creek, has been polluted by sulfide runoff and heavy metals from an old mine near Cooke City – but no more.

“All the iron, and copper, and lead that was associated with the mill site is now gone,” said the National Park Service’s Andrew Ray.

It’s so clean now, that the creek has been removed from the impaired waters bodies list.

“It was the first abandoned mine lands project to be delisted as the result of a cleanup,” said Ray.

“The delisting of Soda Butte Creek is a huge milestone,” said Forest Supervisor Mary Erickson of the Custer-Gallatin National Forest.

“They pumped water out of the shallow aquifer underlying the tailings, which then brought the contaminated water down into that aquifer, ran it through the water treatment plant, discharged it into Soda Butte Creek and allowed the tailings to dry out,” said Montana DEQ Program manager for the Abandoned Mine Lands Program Autumn Coleman.

The project was expensive – $25 million and it took 18 years to finish the work of cleaning up the pollution, dating back nearly 100 years, if not more. But now, fishermen take newly returning Cutthroat Trout from not far downstream. 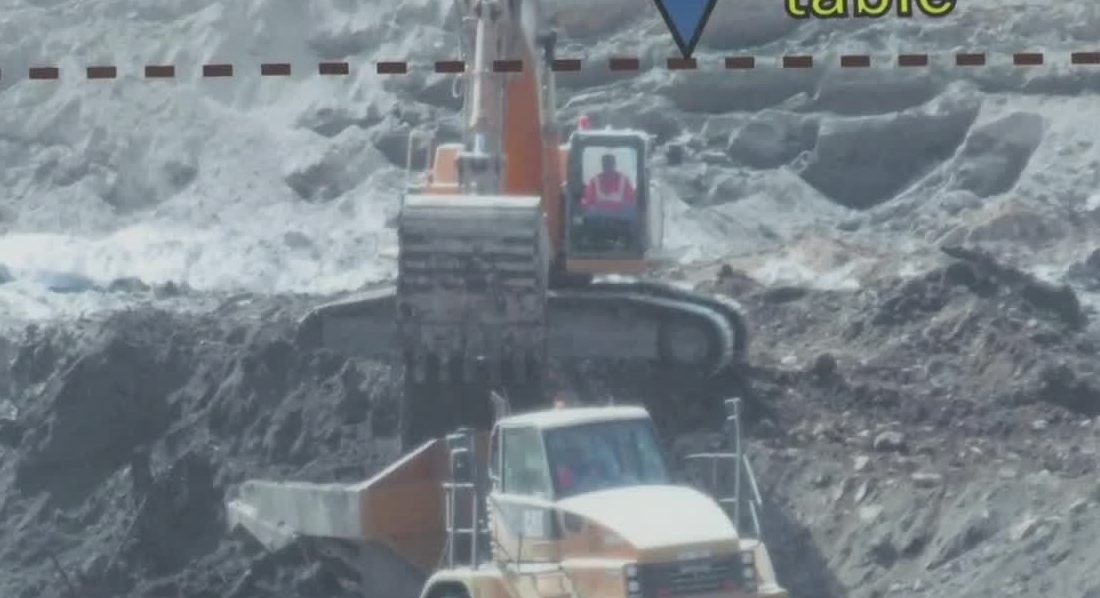 “I think it’s great,” said Michael Gutierrez, visiting from Riverside California. “It’s a beautiful place and to make sure it’s pristine, the way it was intended to be, is a great effort.”

It was no easy effort. Biologists took samples of the creek water in tanks, then put fish in those tanks.

“They couldn’t keep the fish alive for 24 hours,” Ray said.

The cleanup of Soda Butte Creek was time-consuming and expensive. But it was also a high priority because the waters flow into the oldest national park.

Also honored at the ceremony in Cooke City was the project leader, Doctor Tom Henderson, a scientist for the DEQ. Henderson passed away just before the project was completed.