Downing’s announcement echoed many of the themes from his 2018 Senate campaign, calling himself an “outsider” and a businessman who will bring conservative leadership to state government. 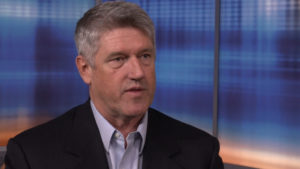 “We need to bring sound business principles to government and make government operate at the speed of business,” he said in a statement.

Downing is the first person to declare a candidacy for state auditor, which will be an open seat next year. The incumbent, Republican Matt Rosendale, announced last week that he’ll be running for Montana’s open U.S. House seat in 2020.

The state auditor regulates insurance and the financial industry in Montana, and is often referred to as the commissioner of securities and insurance.

Downing ran for the U.S. Senate last year and came in third in a four-way Republican primary, which was won by Rosendale, who unsuccessfully challenged U.S. Sen. Jon Tester, D-Mont., in the general election.

Downing, originally from California, built a house at Big Sky in 2000 and moved there permanently in 2009. He earned a degree in applied mathematics from New York University and started a web-calendar firm that merged with Yahoo Inc. in 1998. He left the company three years later and became an investor in other companies and real estate, but enlisted in the Air Force in 2001 at age 34, after the Sept. 11 terrorist attacks. Downing flew on combat missions to pick up wounded soldiers in Afghanistan.

Downing has often allied himself closely with President Trump, saying he would be a businessman who would shake up government in Montana. On Wednesday, he didn’t mention any proposals or plans he has that are more specific to the job of auditor.

Coverage of your favorite teams from Montana's Sports Leader