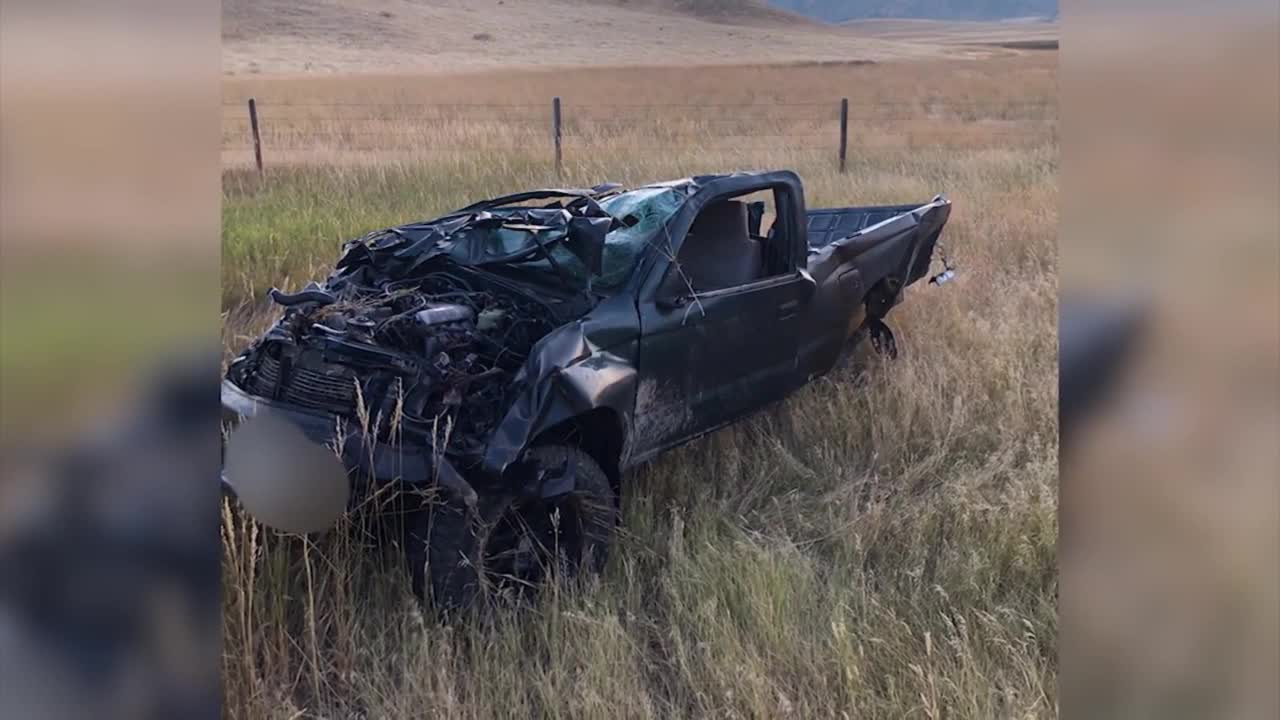 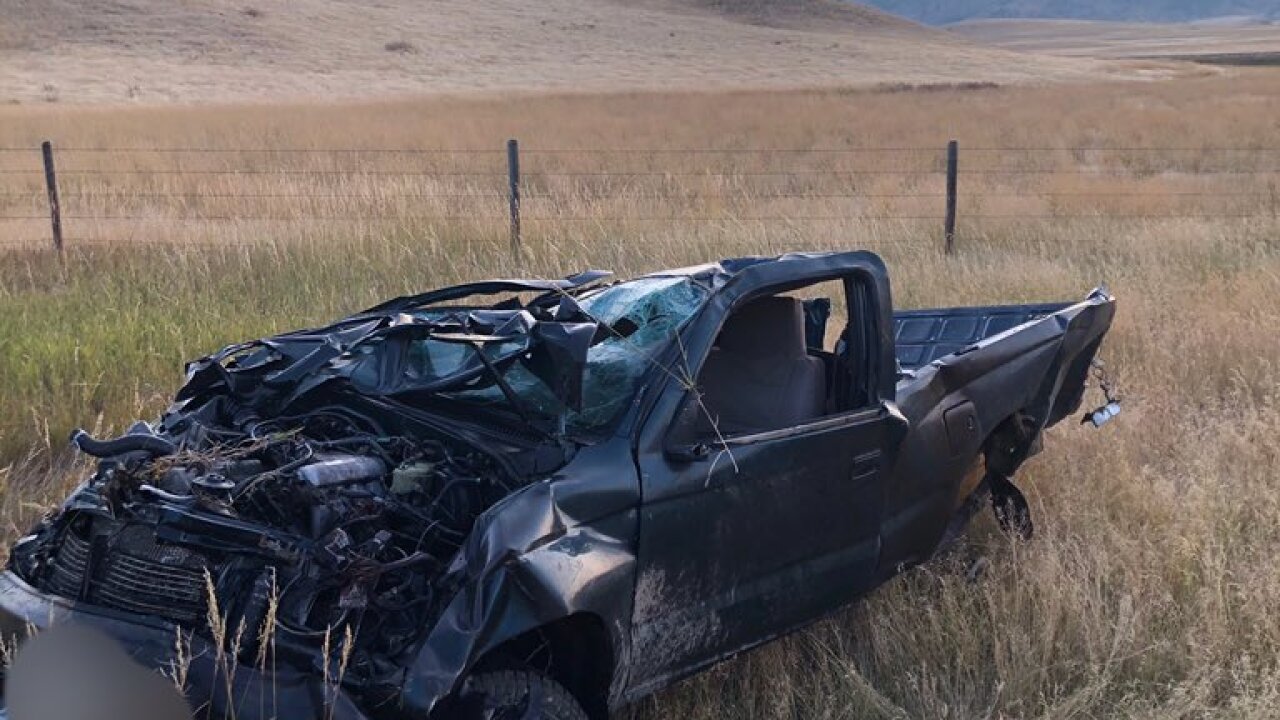 Wearing a seat belt has been credited with saving the life of a hunter that bagged a six-point bull elk with their truck.

According to Montana Highway Patrol, the man was southbound on U.S. Highway 287 Monday morning near where the road connects with Interstate 15, just north of Wolf Creek.

MHP trooper Amanda Villa says the vehicle hit the elk at highway speeds, causing it to roll three to four times, killing the elk and totaling the vehicle.

The hunter only appeared to have a broken arm and a few other minor injuries, but Trooper Villa says the collision could have been a lot worse had the hunter not been wearing a seat belt.

“If you look at the photo when it was flipped over, you can see the driver’s compartment had plenty of room to survive, which is how those compartments are designed,” said Trooper Villa. “Typically in a rollover event like that, when somebody is not restrained they’ll be ejected from the vehicle and more often than not suffer critical or fatal injuries.”

Trooper Villa says this wreck shows how critically important wearing a seat belt is due to all of the unknown factors that can happen when you’re driving.

“You really can never tell what’s going to happen between point A and point B,” said Trooper Villa. “Obviously this gentleman didn’t expect to have a huge six-point elk jump out in front of him while he was driving on the highway...Putting on your seat belt, making a habit out of it can prevent an unexpected event from becoming a really tragic event.”

This time of year is common for animal collisions and MHP asks people to take extra care while driving in the morning and evening hours.