Survivor of grizzly bear attack is frustrated with FWP response 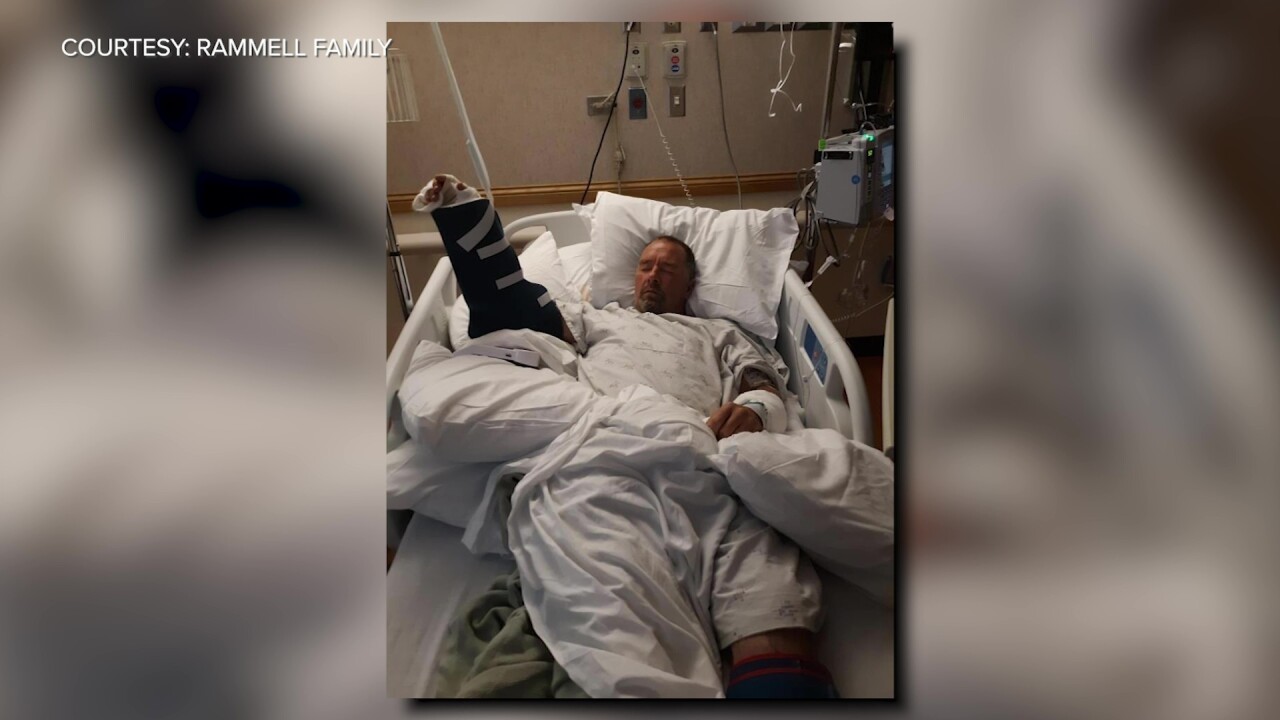 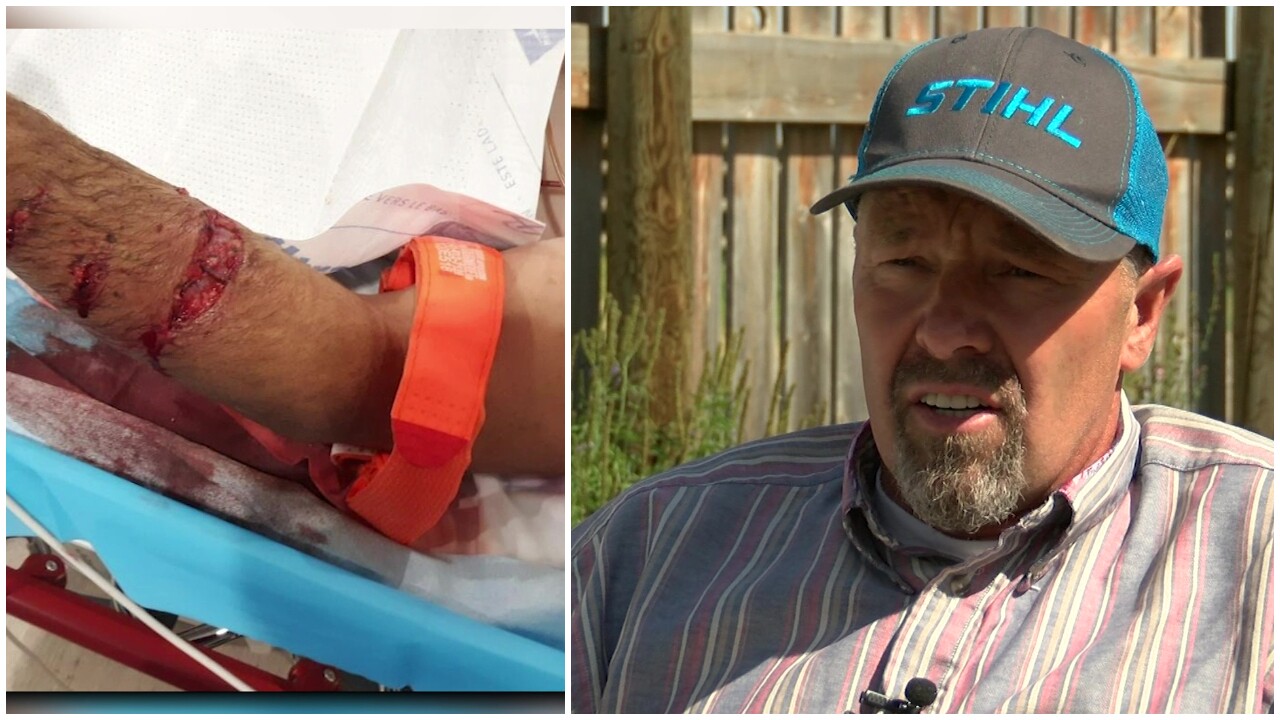 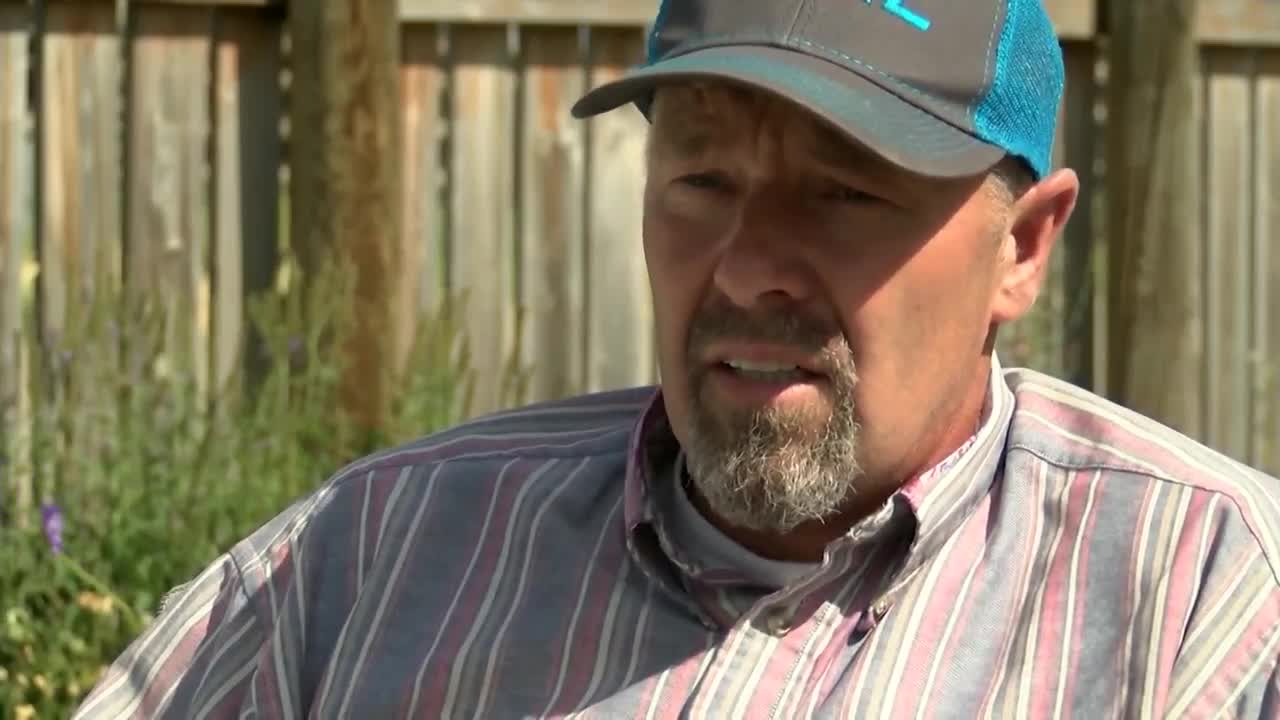 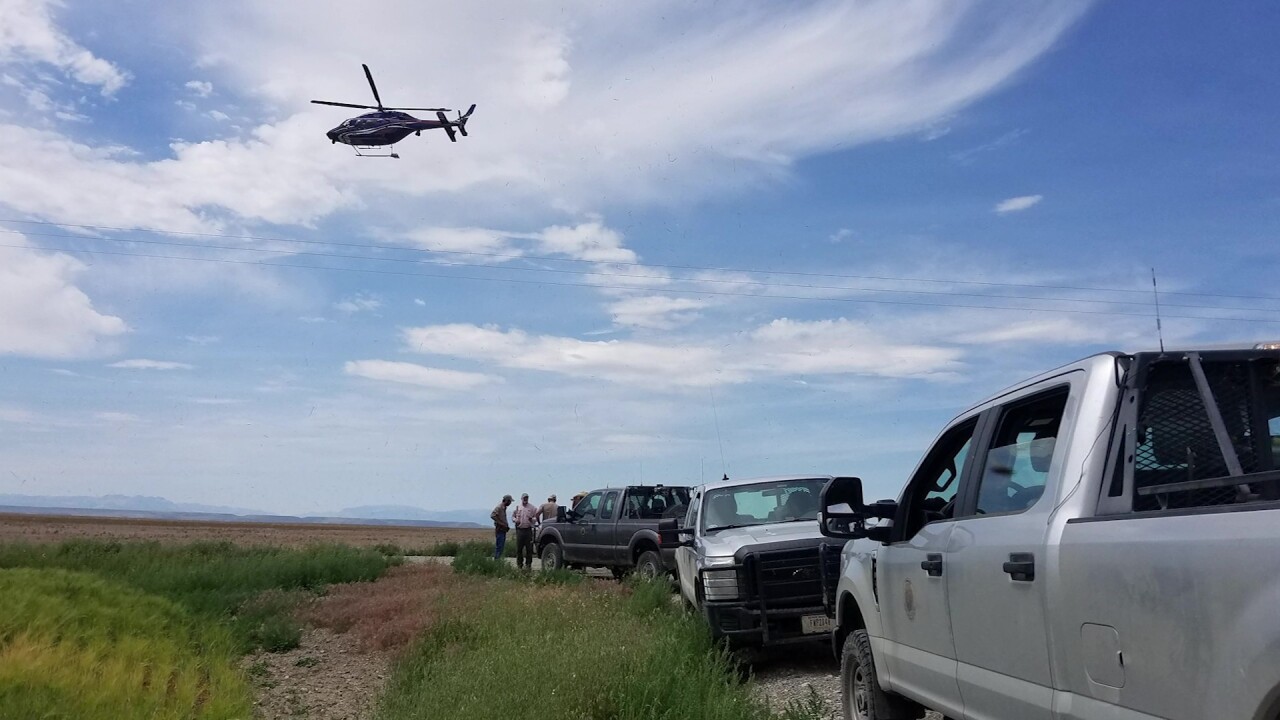 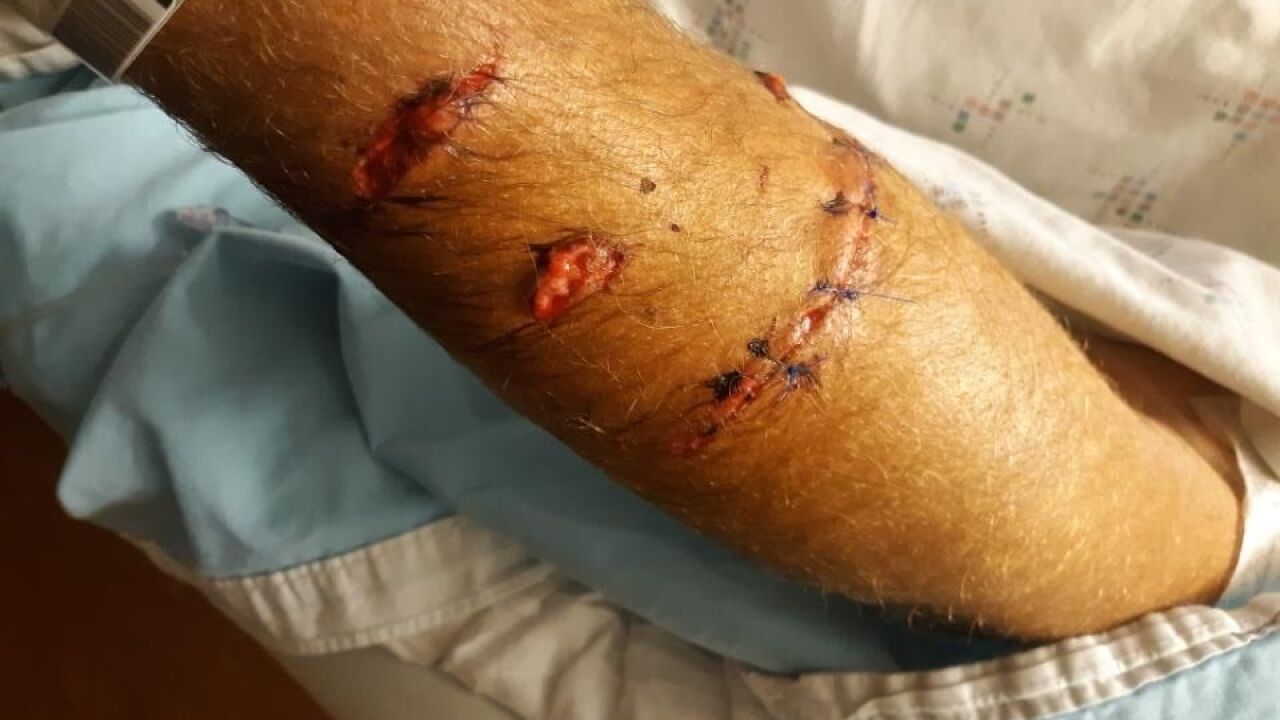 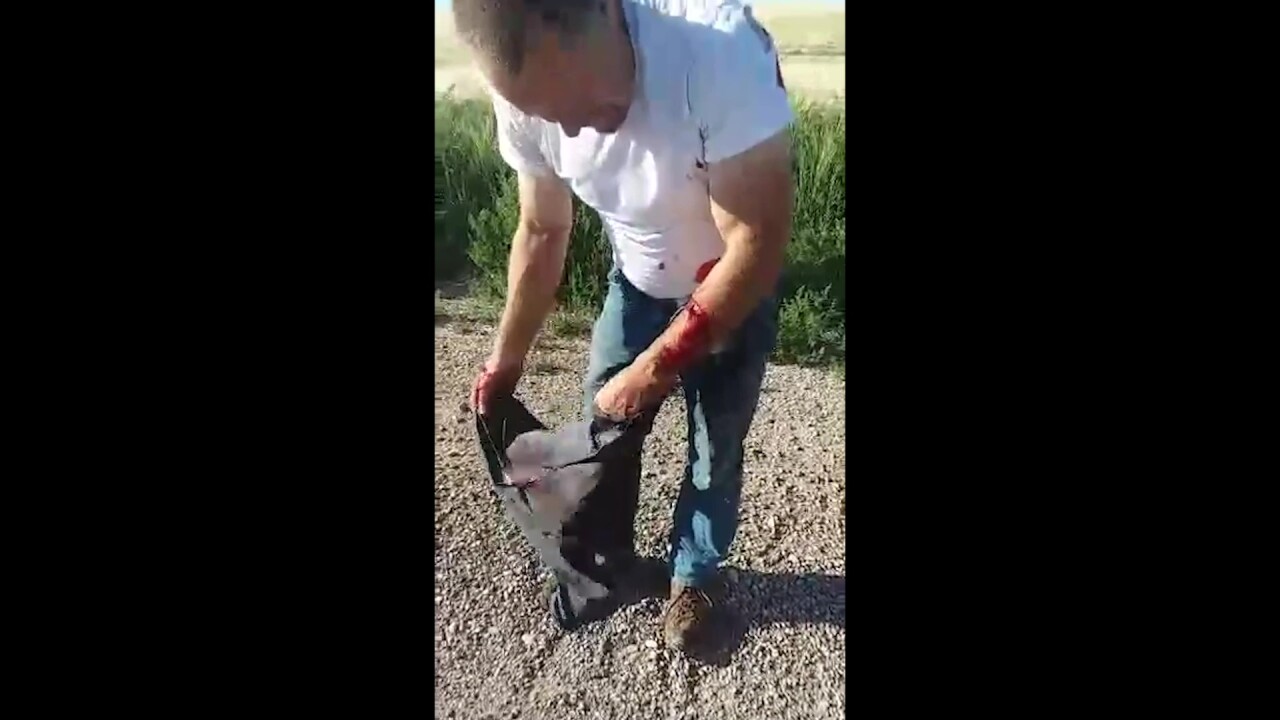 It’s been three weeks since Shanun Rammell was attacked by a grizzly bear while investigating a barn near his property south of Choteau on July 27.

His many scars and physical wounds are starting to heal. “I’m doing better with my hands,” he said. “I'm starting to feel my fingers in there and and able to move this arm a little. I still have trouble gripping.”

But the emotional wounds are still fresh for Rammell and his family. “It’s just a lot of fear. My daughter, who watched the attack, she's scared to death. She won't come out of the house,” Shanun said. “She jumps in our bed every night. It's just hard on all of us.”

It’s now mid-August and the bear that attacked Shanun has still not been located. Montana Fish, Wildlife & Parks were among the first on the scene to secure the area and began the search for the bear.

“We got all the evidence and confirmed that it was a grizzly bear, confirmed what had happened best to our knowledge on the ground,” said FWP regional supervisor Gary Bertellotti. “Our first inclination is to euthanize the bear because human life and safety takes precedence over everything.”

After 12 days of searching using helicopters, fixed-wing planes, infrared cameras, and ground patrols over a wide area - FWP believes the bear left the area. Bertellotti said, “The reality of it is we know their behavior. We always see a few exceptions, but bear behavior is fairly predictable for the most part. And with the equipment and the manpower we put out there, if we didn't find it, it left the area.”

Rammel is not so sure. He believes the bear that attacked him is the same one that has caused problems for his family and other landowners in the area since at least October. He’s heard from many neighbors and friends who have spotted and photographed the bear in the vicinity of the attack well after it took place in late July. “We’ve got tracks of the grizzly right next to the ponds,” Shanun said. “And my neighbors have got pictures.”

Rammell’s neighbor Shane Pearson snapped a photo of a bear in some tall grass on August 4. Shanun says he recognizes the bear as the same one who attacked him. He showed our MTN News crew what appears to be fresh grizzly tracks near a small pool of water. While he was pointing out where the bear had gone, members of the New Rockport colony arrived and showed another picture of a grizzly bear taken on August 2.

FWP officials believe the bear in question is likely familiar to them: “We were only able to locate one bear in the area - it was a collared research bear on the Teton River,” read a post on the FWP Prairie Bear Monitor Facebook page. “After receiving a collar location download from this bear, it was determined that this bear was likely the one that was observed the night before (Aug. 4) and has not been involved in any conflicts.”

But Rammell claims none of the witnesses saw a collar: “My neighbors and everybody else,” he said. “There are other people seeing the bear too, and it doesn't have a collar on it.”

Then just last week, Rammell's daughter Leisal claims she encountered the bear again on their property. While tending the family goats, she heard a loud growl. “It sounded exactly like when my dad got attacked by a grizzly bear,” she said.

She ran to the house and when the family investigated, they found the door ripped off their chicken coop and what appeared to be scratch marks. But when FWP investigated, they said there was no evidence of the bear. “The marks on the coop door were old and sun-bleached and did not resemble that of a bear,” read another FWP Facebook post.

Five live traps which had been placed in the area were removed on August 9, after FWP determined the bear in question was no longer in the area. “Understand that once that first 24 hours goes by, if we don't have a bear in our hands, the chances diminish quickly that we're going to get the right bear,” Bertellotti said. “A bear that has an encounter with a human like this, 99-percent of the time they take off and they're looking for a place to go and they're not sticking around.”

The Rammells want to know why the bear would leave after the attack when he didn’t leave after being hazed off and shot at in the months prior. “Fish and Game (sic) can say this bear is not here. He's here,” said Shanun’s wife Jamie Rammell. “This is his whole territory. We have goats that scream, we have pigs and the smell - it’s like a bear magnet over here.”

With the absence of traps and the search called off, FWP ordered an electric fence installed around the Rammell’s property to assuage fears should the bear return. That hasn’t them made feel any safer. “I’ve had fences with cows and they used to get out all the time. So I really don't have faith in their fence out here,” Jamie said.

There’s also the matter of the Rammell’s 10 children, many of whom are too young to understand the danger of a high-voltage electric fence. “I have a three-year-old, a five-year-old, and a six-year-old that don’t have a clue what it is,” Jamie said. “They say it shocks really hard, so I worry.”

Ultimately the Rammell family wants closure. And they’re not sure they’ll ever get it until the bear that attacked Shanun is captured and killed. “I was really disappointed that our nightmares never ended and they're ongoing,” Shanun said. “Ever since this attack, I've been promised that this bear was going to get killed because of the attack on a human being. And that's been not the case at all. To me, it just feels like they didn't really want to capture the bear”

Bertellotti said he understands the Rammell’s frustrations, but these encounters are hard on everyone and tough decisions have to be made. “I empathize with (Rammell), it's a tragic, tragic situation. There’s trauma, not only to him, but his family and I'm sure it continues,” Bertellotti said.

Mostly Rammell fears for his family's safety. Even if the bear that attacked him is never found, he feels it’s only a matter of time before more bears move into the area and get involved with a negative encounter with humans.

“And that's what I'm scared of, is my family or my neighbors getting attacked next,” Shanun said. “Who’s responsible if that happens? Something needs to be done.”

Rammell runs a firewood business that sells to vendors around the state. He hasn’t been able to work or drive while recovering from his injuries, but friends in Fairfield have set up a GoFundMe account to ease the financial burden of lost work - click here if you would like to help.