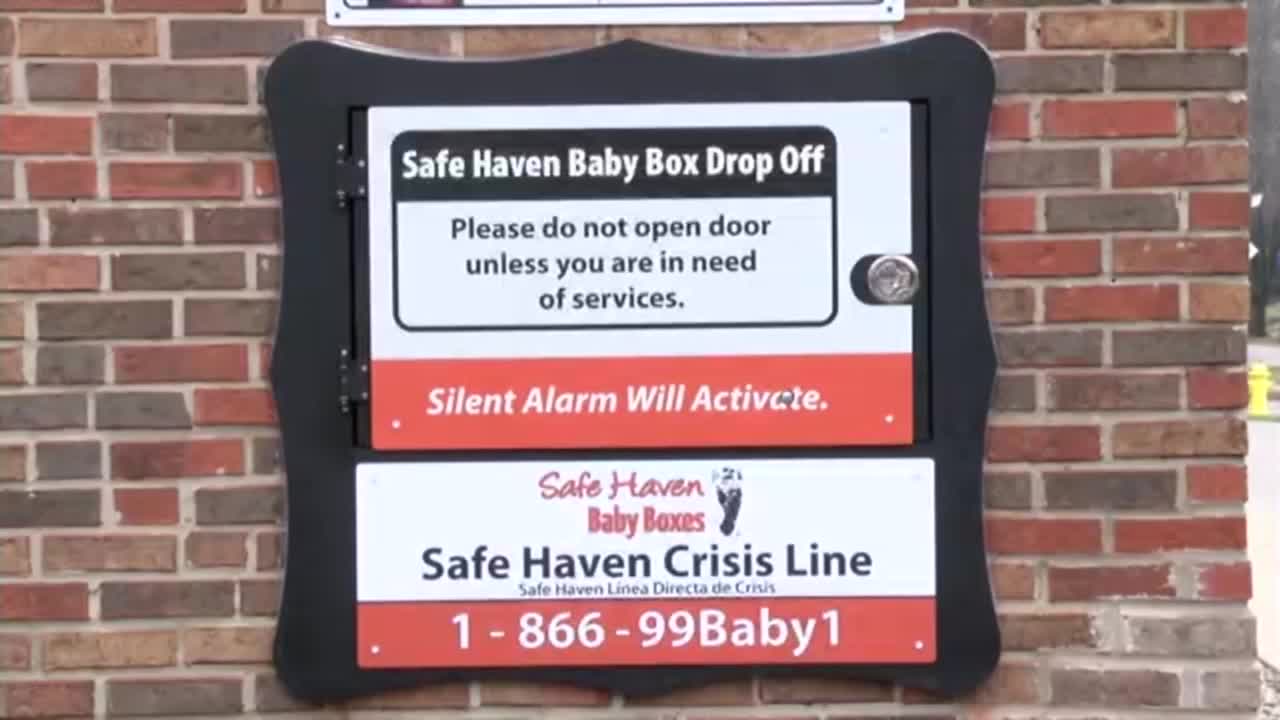 The city of Frankfort, Indiana now joins dozens of other cities that offer a Safe Haven Baby Box.

Safe haven leaders report a healthy baby was surrendered at a fire station in Crown Point in the last week.

Frankfort Fire Chief John Kirby says plans for this box have been in the works since September.

After thoroughly testing the box and training the firefighters, it's officially ready for use.

Chief Kirby says, “Inside as you can see it's secluded so it's kind of tucked away in a closet so nobody can really see it so these doors will be closed at all times and then, obviously when we get the tone or the alarm guys will come over and…there could be a baby in there.”

There are 21 baby boxes throughout the united states, 17 of them are in Indiana. This one in Frankfort is the only one that directly dials into 9-1-1 when it's opened.

Monica Kelsey says, “We're finding 150 babies dumped in our country every year, if we can even make that half or a third, you know, let's just make an option for these women that they are okay with and that there life goes on and the child's life goes on.”

Monica Kelsey is the founder and CEO of Safe Haven baby boxes. Her mother was brutally attacked and raped before she was born.

“She carried the pregnancy to term because abortion was illegal and then she gave birth in April of '73 and abandoned her child two hours after that child was born and that child was me so I want to make sure that every child in this country is left in a safe place."

Kelsey was dropped off at a hospital and later adopted. She knows firsthand the power these boxes have.

Currently, safe haven leaders are working to launch the next box in Lafayette.

Nationwide, at least 62 babies have been saved by the boxes.

You can find more at the Safe Haven Baby Box website .