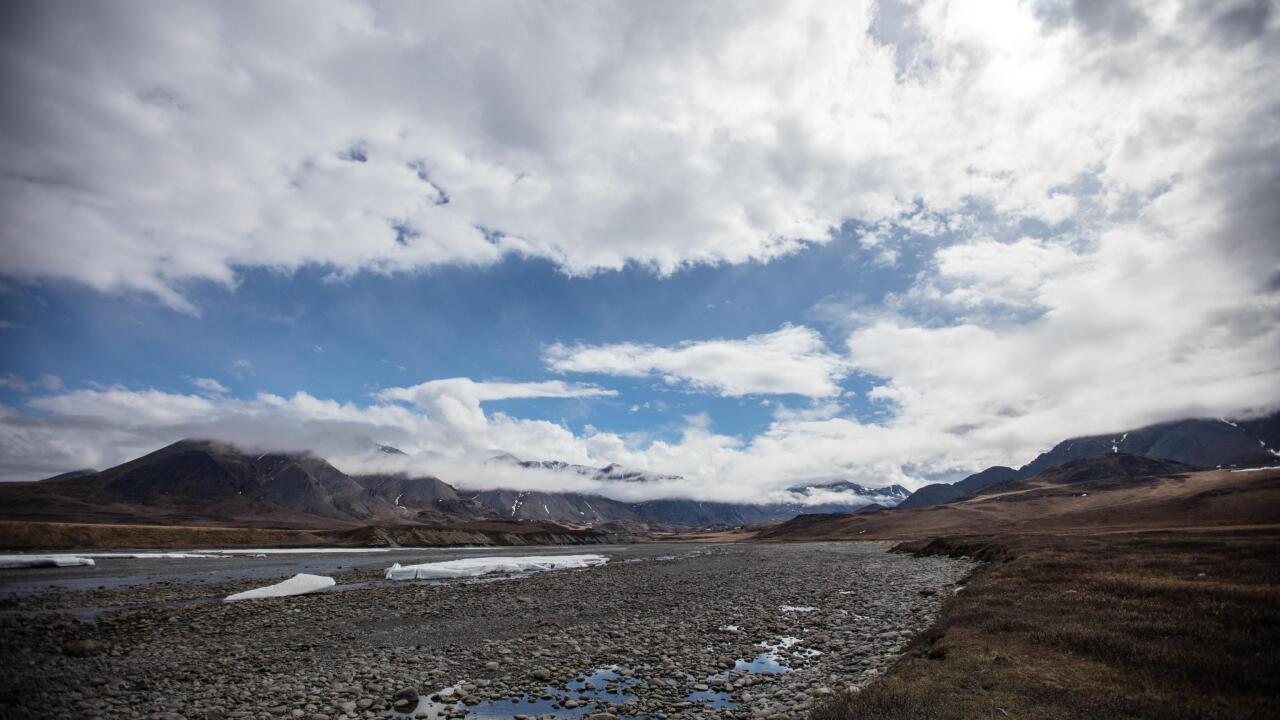 Bill Weir/CNN
Tens of thousands of caribou cross these lands each year in the Arctic National Wildlife Refuge.

Interior Secretary David Bernhardt on Monday announced plans for an oil and gas leasing program in the Arctic National Wildlife Refuge, clearing the way for drilling in the remote Alaskan area.

Bernhardt said the announcement "marks a new chapter in American energy independence" and predicted it could "create thousands of new jobs."

Environmental activists have sounded the alarm that drilling the Arctic could harm the environment and exacerbate the climate crisis. Climate change has been a key issue in the upcoming 2020 election, and Joe Biden, who is set to accept the Democratic presidential nomination this week, has called for a ban on new oil and gas permits on public lands.

When asked on the call Monday whether he pressured because of a potential Biden administration being less interested in moving forward, Bernhardt said he was "not really driven by the political dynamics."

"Congress has mandated these lease sales so they have to go forward in some regard," Bernhardt said. "They can't simply unduly delay."

A 2017 law required the department to hold two lease sales in the refuge by 2024. A date for those sales has not yet been set, Bernhardt said on a call with reporters Monday, adding "I do believe that there could be a lease sale by the end of the year."

The Wall Street Journal first reported on the plans.

"This is a capstone moment in our decades-long push to allow for the responsible development of a small part of Alaska's 1002 Area," Murkowski said in a statement Monday. "Through this program, we will build on our already-strong record of an increasingly minimal footprint for responsible resource development."

This story has been updated.