Even post-flood season in Montana, floods are still a danger 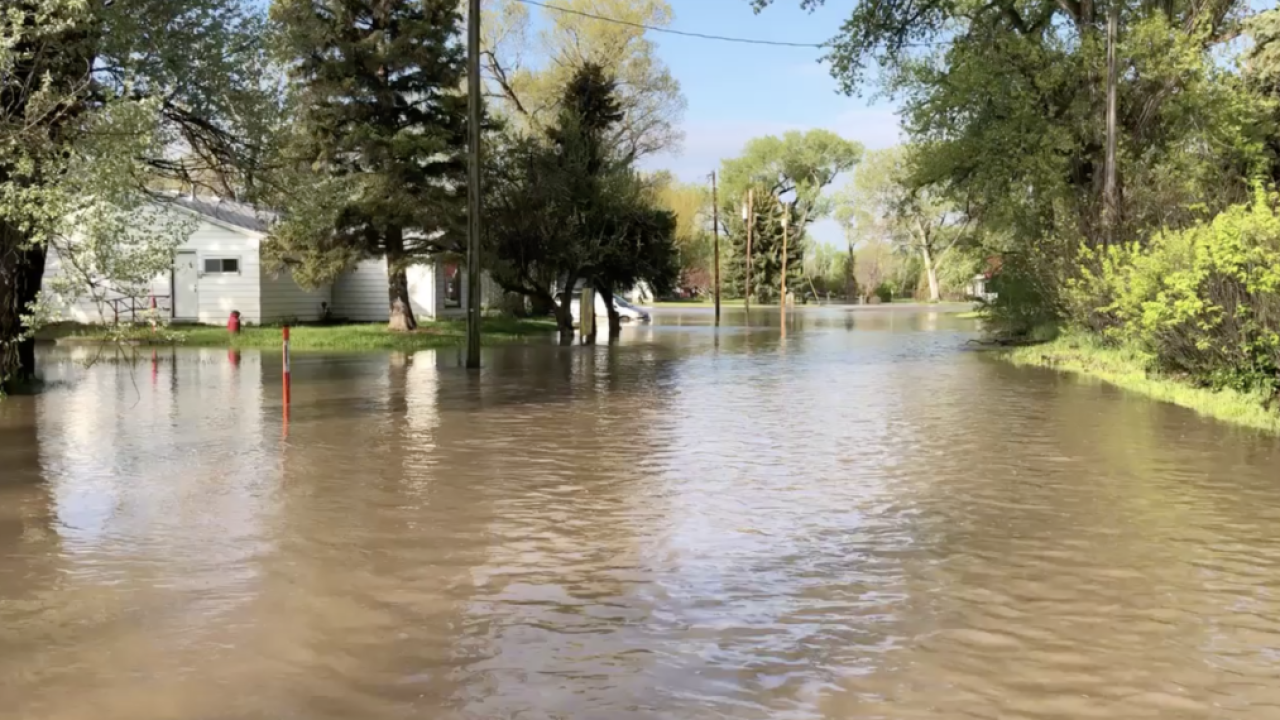 The peak of flood season in Montana typically rolls around in mid to late Spring, when the state’s snowpacks begin to melt and major runoffs become a concern for county officials. But that doesn’t mean that that’s the only time of the year that Montanans should be wary of flooding.

“This is a situation where it illustrates perfectly that there’s really no flooding season per se,” said Cascade County Emergency Management Director Brad Call. “Anytime you have a big rainstorm, a localized event, you can have flooding year-round.”

Agencies like Cascade County Disaster and Emergency Services utilize resources from the National Weather Service such as the Advanced Hydrologic Prediction Service when determining how imminent the threat of flooding is, and what areas should be most concerned.

Luckily, Cascade County Commission Chairman Jim Larson says that most people in the area are seasoned veterans when it comes to dealing with floods, and they know how to handle the situation.

“Most of them know what areas they’re in during flood stages,” explained Larson. The things that we will do is notify, through media or sometimes if we have a lot of time that we know flooding is coming from snowmelt, gives us more time, we’ll have a public meeting with the folks out there. People that have septic systems and things that can cause problems during flooding. That information will be sent out to the public through different mediums. Again, they mostly know when the water starts rising, who’s going to get wet first, and they all start taking precautions.”

According to Larson, the small town of Sun River is one of their first indicators during potential flood conditions because the Sun River itself flows right through the town of about 120 people. The low banks of the river can lead to quick flooding without warning, and water that makes its way onto the highway that goes through the town is sometimes a sign that more flooding is to come.

If you expect flooding to occur in or near your area, there are a number of precautions you can take before the waters arrive to keep yourself and your land safe.

If you own livestock or animals of any kind, Call advised that you make sure they are moved somewhere that is less likely to become surrounded by water.

He gave the example of a piece of elevated land that could become surrounded by water. That could render the land and the animals inaccessible, which could cause a number of problems.

Also, if you have any chemicals in your house or on your property that you would normally use for cleaning or otherwise, make sure they are put in a high up location that the water is unlikely to reach. Lastly, when driving, if you encounter a roadway that has been covered by water, turn around.

“Though it may look shallow and it may look like it’s running even and slow, you don’t know what’s happened to that road surface previously,” said Call. “Anytime that you have deteriorating conditions that you can’t see, you’re setting yourself up for some extreme problems and some failure if you don’t heed those warnings, those barricades, and just common sense.”

For more information on flooding notifications, what to do in flood emergencies, and how to prepare yourself for a flood, check out these websites: